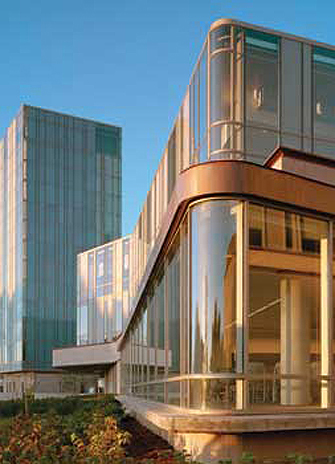 The MBA program at York University’s Schulich School of Business was ranked number one in the world Monday according to the results of a new global survey conducted by Corporate Knights, the world’s largest circulation magazine with an explicit focus on responsible business. The magazine is published quarterly and distributed in Canada through The Globe and Mail and in the US through The Washington Post.

Schulich was also the only school to place within the top three in each category. Corporate Knights also noted that top-ranked Schulich “boasts five institutes focused on everything from business ethics to building sustainable enterprises, while at least 10 professors published relevant papers in academic journals last year.” Canadian business schools fared well in the ranking, with four of them finishing in the top 10. The US had 11 MBA programs among the top 30, while European business schools accounted for nine of the MBA programs that made the top 30 list.

This is the second global ranking within the past two months in which one of Schulich’s program has been ranked number one in the world. In late July, the Kellogg-Schulich Executive MBA was ranked number one in the world in the first ever survey of the globe’s top EMBA programs conducted by The Economist, finishing ahead of UCLA, Oxford, Chicago and IMD. According to The Economist ranking, the Kellogg-Schulich Executive MBA scored among the highest marks for the quality of the program’s students, as well as for the quality of its faculty and its facilities. It also came out on top when alumni were asked the extent to which the program helped them achieve their pre-MBA career goals.

Monday’s Corporate Knights Global Green MBA ranking marks the second time that Schulich has been rated number one in the world in responsible business. Schulich finished first overall in the 2009-2010 Beyond Grey Pinstripes ranking, conducted by the Aspen Institute, a Washington, DC leadership think tank. The survey rates the top 100 MBA programs that are preparing future leaders for the environmental, social and ethical complexities of modern-day business.