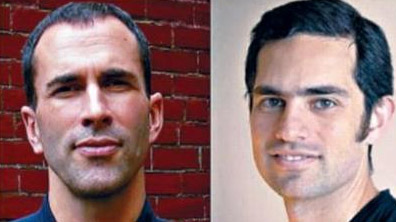 Members of the York University Faculty Association (YUFA) and supporters of York University Film Professor John Greyson, and his colleague Dr. Tarek Loubani, a London, Ont. Emergency medicine physician, will host a Day of Concern on Thursday, Sept. 26, from 10am to 3pm on the University’s Keele campus.

John Greyson (left) and Dr. Tarek Loubani have been in prison in Egypt since Aug. 16. No charges have been laid or reason given for their ongoing detention.

The Day of Concern has been organized to show support for Greyson and Loubani. On Aug. 16, the pair were arrested while in Cairo en route to the Gaza Strip. Both men have been detained without charges and the Egyptian authorities have provided on reason for their ongoing imprisonment. On Monday, Sept. 16, Greyson and Loubani began a hunger strike.

The day includes distribution of leaflets and postcards in Vari Hall from 10am to 12pm, which will be followed by a peaceful rally at 12:30pm in the Harry W. Arthurs Common outside of Vari Hall. York President & Vice-Chancellor Mamdouh Shourkri and Greyson’s friend and colleague Faculty of Environmental Studies Professor Justin Podur, along with others close to the pair, will speak at the rally.

Faculty, staff and students are invited to attend to show their support for an immediate release of Greyson and Loubani. More information will be posted on YFile, or contact Professor Craig Heron at cheron@yorku.ca.

Visit the Free Tarek Loubani and John Greyson website to view a day-by-day breakdown of the situation. Updates are also available here.