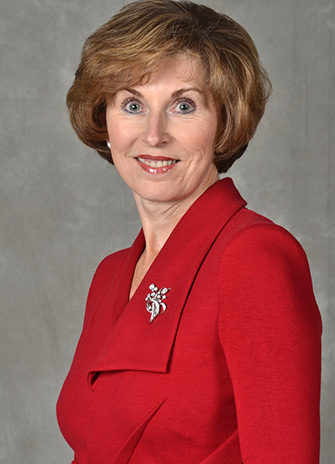 York University alumna Kathleen Taylor (JD/MBA ’84) is set to become the first woman to chair a major Canadian bank’s board of directors. The Royal Bank of Canada (RBC) announced Thursday that Taylor, former CEO of Four Seasons Hotels and Resorts, would be that woman.

In a world where, according to 2011 stats from Catalyst Canada, women make up less than 10 per cent of boardroom members in Canada’s public companies, this is quite an accomplishment. She will take over from RBC’s current chair, David O’Brien at year’s end.

In other firsts, Taylor became the first CEO of Four Seasons after its founder, was the first woman named Corporate Hotelier of the World by HOTELS magazine and the first of her family to attend university.

Her achievements were the reason she received the Pinnacle Achievement Award at last year’s Bryden Alumni Awards at York University. The award is given to a graduate who has achieved true distinction in their field and whose integrity and ability inspires alumni, faculty, staff and students.

“It’s fair to say that what I learned while I was there [at York] has served me very, very well in my career. And has provided me with an extraordinary base of knowledge that enabled me…to go on and pursue my dreams,” said Taylor in her Bryden award acceptance speech in 2012.

Taylor started her career in the corporate securities and competition law group at Goodmans LLP before moving to the in-house legal department of Four Seasons Hotels and Resorts. She was promoted to vice-president, general counsel of Four Seasons in 1992. Five years later, she became its executive vice-president of corporate planning and development, followed by president of worldwide business operations. A decade later, Taylor was became its president and chief operating officer and, in 2010, president and CEO.

In 2011, York’s Schulich School of Business gave her the inaugural Hennick Centre Career Achievement Medal, awarded to a business and law graduate who has earned international recognition within the business and legal communities.

Taylor received her MBA from York’s Schulich School of Business and her JD from York’s Osgoode Hall Law School.

“These programs [at York] were truly a training ground…for juggling real life priorities and competing interests. And it’s where we learned, in both the business school and the law school, to function very well without adequate sleep…it was also a crash course in time management…so many, many little things that proved to be lifelong lessons for me,” she said at the Bryden Awards.