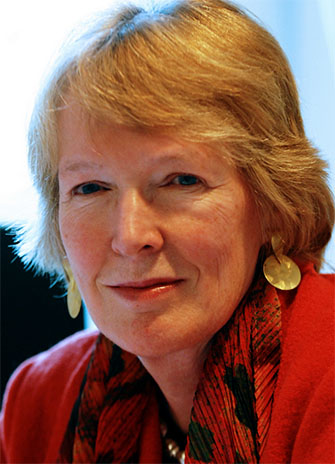 This public lecture, given in English, will take place Thursday, Sept. 12 at 5:30pm in the BMO Conference Centre, Glendon Hall, Glendon campus.

Educated at St. Hilda’s College at the University of Toronto and St. Anthony’s College at Oxford, MacMillan is a Fellow of the Royal Society of Literature and a Senior Fellow of Massey College at the University of Toronto. She is also a trustee of the Rhodes Trust and sits on the boards of the Mosaic Institute for the Study of Journalism, the Scholars Council of the Library of Congress and the editorial boards of Global Affairs, International History and First World War Studies.

She gained international renown with her bestselling book, Peacemakers: The Paris Conference and Its Attempt to Make Peace (2006), for which she won the silver medal for the Council on Foreign Relations Arthur Ross Book Awards and the Governor General’s prize for non-fiction in 2003. She is the author of Women of the Raj (1988); co-author of Canada’s House: Rideau Hall and the Invention of a Canadian Home (2004), with Marjorie Harris and Anne L. Desjardins; and author of Nixon in China: The Week That Changed the World (2006) and Stephen Leacock (Extraordinary Canadians Series). Her most recent book is The Uses and Abuses of History (2008).

The annual John Holmes Memorial Lecture at Glendon honours the late John W. Holmes, Canadian diplomat, writer, administrator and professor of international relations at Glendon from 1971 to 1981. Holmes was a tireless promoter of Canada at home and abroad in political, diplomatic and educational circles. He also participated in the founding of the United Nations and attended its first General Assembly in 1945.

Shortly after his death in 1988, a memorial fund was set up at Glendon under the leadership of Professor Albert Tucker, principal of Glendon from 1970 to 1975 and chair of the Department of History at the time, to create a series of annual lectures sponsored by Glendon’s International Studies program in Holmes’ honour.

Admission to the lecture is free, but as seating is limited, reservations are recommended. Indicate your attendance by e-mail to events@glendon.yorku.ca.