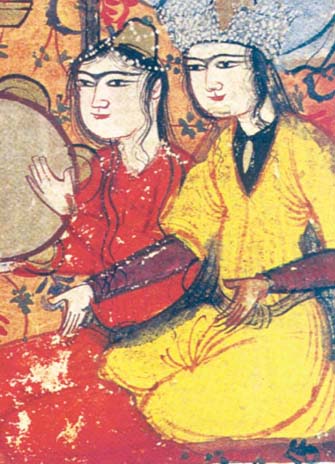 Cohen is a specialist in Sephardic music, the songs and musical world of the Sephardim, the descendents of the Jews expelled from Spain and Portugal in the late fifteenth century. Over the centuries of their diaspora, the Sephardim have picked up musical influences from their new homes in northern Africa (especially Morocco) and the former Ottoman Empire, which included today’s Turkey, Greece and the Balkans. While keeping many original song lyrics, the Sephardim adapted and created new songs and music styles. The result is a rich and diverse musical world that draws on everything from medieval  Judeo-Spanish and Hebrew poetry to Moroccan, Turkish and Balkan rhythms.

As part of her doctoral dissertation and fieldwork in Montreal and Toronto in the 1980s, Cohen met and recorded several elderly Sephardic women who sang traditional songs from northwestern Morocco, including the town of Larache. During those years, she was also a founding member of Gerineldo, a unique Canadian Moroccan Sephardic ensemble. With Gerineldo and, later, on her own and with her daughter Tamar Ilana, Cohen recorded CDs which included narrative ballads and other traditional songs of this repertoire. She visited Larache and neighbouring towns in the early 1990s, and had already travelled around Morocco twenty years earlier. Cohen included ballads from Larache on her last CD, Sefarad en Diáspora (Pneuma Records, 2006).

Mohamed Laabi, director of the Dar Laraïch cultural association of Larache and founder of the Zoco Chico multicultural music festival, happened upon that recording and invited her to perform and give workshops in the town this past spring.  The Canadian Embassy in Morocco agreed to cover the airfare, and also invited Cohen to perform at the ambassador’s residence in Rabat and at Morocco’s remaining Jewish high school – which includes many Muslim students – in Casablanca.

“Larache used to have an important Jewish community, but, like most Moroccan towns, now has none,” said Cohen. “Mohamed [Laabi] started the Zoco Chico festival partly in the hope of bringing back, through music, the spirit of cordial coexistence that prevailed among the Muslim, Jewish and Christian residents. I welcomed the opportunity to give back to the place and the people something of what the Larache women I met in Montreal shared with me.”

Leading up to the festival, Cohen worked with and recorded Lalla Mennana, a group of young women directed by Fatima Zahraâ El Bouânani, who sing the local hadra – Sufi songs featuring voice and hand percussion. Cohen taught the group refrains to Moroccan Sephardic wedding songs, to which they also added percussion and ululations, as well as a Moroccan Sephardic song about visiting the tombs of revered religious leaders, a custom shared by Muslims and Jews.

Cohen surrounded by the Lalla Mennana

The 12-day festival was held in April in the sole remaining Catholic church in Larache, ensuring that the Christian, Jewish and Muslim faiths were all represented in the event. Performances included poetry readings in Arabic with musical accompaniment, Andalusian classical music, Sufi singing, and street theatre with musicians and giant puppets. The festival culminated with Cohen’s performances as a soloist, then together with Lalla Mennana, who played the final set.

Cohen plans to delve further into the topic, editing her recordings of the Sephardic women and doing a joint study with Laabi of the Muslim and Jewish customs related to the songs. She was also honoured this summer for her artistry and scholarship at the annual festival of Peñaparda, a small village in Spain south of Salamanca, near the Portuguese border.

Cohen has been conducting field work in Peñaparda for several years, researching the unusual form of percussion with complex rhythmic patterns performed by the women of the village. They use the pandero cuadrado, a square double-skinned frame drum that was widespread in Spain and Portugal in the Middle Ages and is still played in several regions of both countries.

At this year’s festival, the village welcomed Cohen as guest of honour. On July 27, she was presented with the pandero de honor [square drum of honour] – the first time this distinction has been bestowed upon a non-Spaniard. The instrument bears an inscription recognizing Cohen’s “tireless work, generosity, support, wisdom and friendship”. For her concert, Cohen arrived a day early and gave a workshop to a group of village girls and women: they joined her in the concert, singing these refrains and traditional harmonies from Balkan women’s songs, Yiddish songs with syllabic refrains and French Canadian chansons-à-répondre.

She reciprocated with a gift of her own: She sang a traditional frame drum song from northern Portugal, with a new verse she created on the spot about the Peñaparda instrument, and presented the festival organizers with a square frame drum made in Morocco.

Cohen performs with the Lalla Mennana

In addition to her festival appearances, Cohen is sharing her Sephardic research at conferences in Spain and Israel this summer. She gave a talk on Sephardic life in Salonica and Montreal, and performed Sephardic, French Canadian, Yiddish and Catalan songs at the Sefarad Society’s international congress in Girona, Catalonia, in June. In July, she presented a paper on the echoes of the musical traditions of Iberian Crypto-Jews (“Marranos”) at an international conference on Sephardic Zamora in northern Spain. She also presented a paper for the 16th World Congress of Jewish Studies held at the Hebrew University in Jerusalem (July 28 to Aug. 1) called “Nina, the ‘Bulbul of Sarajevo’, among the Mohawks”, about a Bosnian Sephardic woman who spent the last decades of her life on a Mohawk reserve outside Montreal.