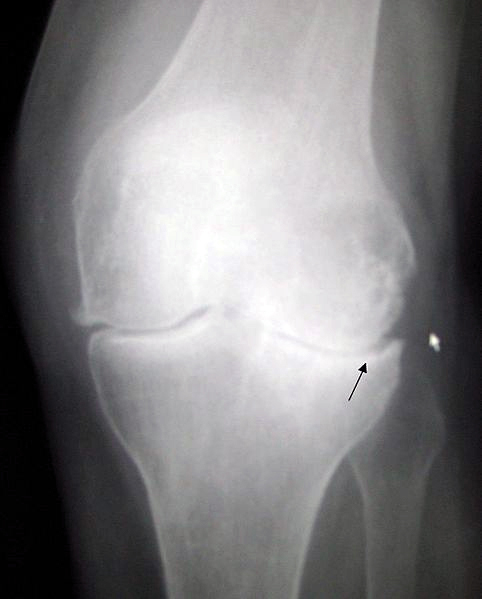 Should surgeons offer total knee replacement surgery as a treatment option for younger patients – to those otherwise indicated in their 50s – instead of holding to the established doctrine of waiting until a patient is in their late 60s or early 70s? York PhD candidate Brian Street thinks so. He is basing his opinion on a new study he and colleagues recently published showing that younger patients who have had surgery demonstrate greater perceived knee function than older patients.

“This is the first study to show that an individual’s perception of their function with knee replacement surgery is different based upon age. “I think that is a very important finding,” says Street of York’s Faculty of Health, under the direction of his supervisor Professor William Gage.

“Perception can have a large influence on our life. If you perceive yourself confident to complete the tasks of your day, this then can have ramifications on independence, quality of life and overall well-being.” The study has been published online in the Journal of Orthopaedic & Sports Physical Therapy and is forthcoming in the print version of the journal’s September issue.

If patients in their 50s have disease progression, such as osteoarthritis, that would indicate them for total knee replacement surgery on all others counts except their age, Street thinks surgeons should make the surgical option available for these younger candidates. If they have moderate or severe osteoarthritis, waiting until they’re 65 or 70 years of age could be detrimental. By that point, they could have suffered through two decades of diminishing ability to be active and mobile.

“One argument for offering total knee replacement to younger patients is that the literature shows a relationship with the pain and dysfunction associated with moderate to severe osteoarthritis with an increasing sedentary lifestyle,” he says. “If someone is inactive because of pain and dysfunction often there is the development comorbidities (unrelated pathological or disease process) that come along with that – cardiovascular disease, diabetes, hypertension. If you allow someone to continue their Sunday golf game – rather than quitting because of the pain – then you retard the onset of these chronic health conditions that could have even further negative health consequences.”

A plain x-ray of the knee shows some of the pathophysiological changes that occur to the knee joint with moderate to severe osteoarthritis. The lateral side (right-side of the knee) shows a loss of the articular cartilage that surrounds the bony surfaces of the joint, causing the tibia and femur to come in direct contact. As the disease progresses the body tries to compensate for the loss in cartilage by developing bony projections that form at the margins of the joint or osteophytes (black arrow). These joint changes lead to severe pain and a decrease in the joint’s range of motion, often leading to sufferers having difficulty completing tasks of daily living and a loss of independence.

This finding is important because “there has been a shifting in the demographic for those undergoing total knee replacement,” says Street. A recent report showed the highest increase of new cases of knee osteoarthritis in Canada was in the 50- to 54-year-old group. At the same time, the 2008-2009 Canadian Joint Replacement Registry’s annual report stated that in the past 10 years, the largest relative per cent increase in total knee replacement surgery was in those 45 to 54 years old.

“In the last decade, this group has gone up more than 300 per cent.” Further, demand for total knee replacement surgery is expected to double over the next decade, while the age of the patient continues to decrease.

Osteoarthritis is a continually progressing disease, with the end stage of the disease requiring total knee replacement and this end stage can occur at any age, whether at 50 or 70. The problem is, he says, is that “all the current literature of how we function after total knee replacement are based on a 70-year-old patient and this growing younger group we know very little about.”

What Street and his team in collaboration with North York General Hospital did was give 240 knee replacement patients, grouped by age (50-59, 60-69, 70-79 and 80-89 years old), the Oxford Knee Score questionnaire. This questionnaire was designed specifically for post-surgical knee replacement patients. It’s a measure that looks at an individual’s self-perceived joint function, consisting of 12 questions, concerning tasks of daily living and based on a scale of one to five.

“I wanted to see if there would actually be perceptual differences in functionality between these groups and would the Oxford Knee Score be able to discriminate these differences,” he says. The answer was a definite yes. The younger patients demonstrated significantly higher perceived knee function, compared to the older patient group.

Street recognizes, however, that surgeons face a therapeutic dilemma. They don’t actually know how long the new knee prosthesis will last and this could have a consequence for the younger patients. If the prosthesis were to fail the second knee replacement surgery is a lot more complicated and carries more risk. But for now, Street thinks it’s worth opening the discussion up.

The study also looked at something more. Street used the Oxford Knee Score to test the perceptions of patients prior to having surgery. He wanted to know, would perceptions of how their knee osteoarthritis affected their function correlate with the surgeons decision to indicate the surgical option or not. Again, yes. This is not the usual use of the questionnaire, but it did go to show that what patients’ perceived bore out through other measures, such as clinical and radiological data.

“I was really happy with the results that came out of this – the Oxford Knee Score has been shown to be a reliable measure after surgery, but this is the first study to show it can provide clinically-relevant information before surgery, thereby it could be used to aid surgeons when making a decisions to indicate surgery or not” he says.

What he’ll be looking at next is whether the post-surgery knee replacement patients’ perceived better function match their actual function in his thesis work.