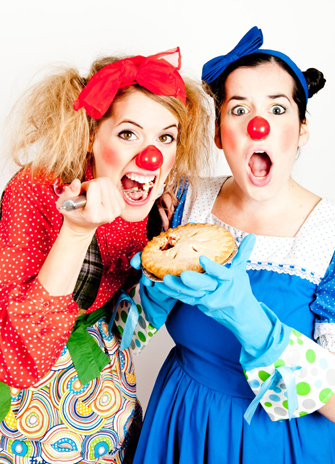 Heralded as the “biggest, most spectacular, Fringe-tastic” fest to date, Toronto’s Fringe Festival, currently celebrating its 25th anniversary, is presenting 148 shows featuring local, national and international artists – including some fresh York talent. During its 12-day run, July 3 to 14, the Fringe will offer a smorgasbord of theatrical delights. Students and alumni of the Faculty of Fine Arts are serving up a variegated menu sure to satisfy any palate. Here’s a taste:

chops to the test with The Invisible City. Inspired by interviews with Toronto’s homeless community, the play tells the story of an epidemic that is causing Torontonians to mysteriously disappear, forcing the city to change to survive.

Daniel Bagg is Scott Fields in Invisible City, a play that turns loneliness into an epidemic

Director Tyler Graham (BFA ’13) said creating the work was both a thrill and a risk. “It’s really exciting to use the skills we learned at York in a professional setting,” he said. “But when making new work in class, you feel like you always have someone at your shoulder who will be there for you if needed. Not having a mentor to fall back on can be scary.”

While it brings its own challenges, working as a team in a collective creation also provides that sense of support, Graham said. “No matter what your role is, from director to designer to performer, there’s someone with opinions and feedback. For a tight ensemble like ours, it really makes the end product stronger.”

manager, respectively. Justin Buyukozer (BA’13) took on publicity, Alicia Bacile (BA ’13) designed the set and costumes, and students Ross Hammond, Thomas McDevitt and Anthony Di Feo round out the creative team behind the script and movement design, to which members of the cast also contributed.

With a mission to “heal the heal the world one smile at a time”, fave clown act Morro and Jasp, created by Heather Marie Annis (BFA ’05, MES ’07), Amy Lee (BA ’05) and Byron Laviolette (BA ’04), have been keeping Canadians laughing for eight years. They’re remounting their wildly popular, Dora Award-winning culinary adventure Go Bake Yourself as part of the Toronto Fringe.

Billed as “a blend of Martha Stewart and Hell’s Kitchen”, the madcap show, complete with mess and munchies, takes place in a fully functional kitchen in the community arts centre 918 Bathurst Street. According to The Globe and Mail theatre critic J. Kelly Nestruck, the

show “promises to put the eggs back into existentialism”.

Heather Marie Annis (left) and Amy Lee as Morro and Jasp in the Dora- award winning hit Go Bake Yourself.

Having met at York, Blumberg and Norman came to admire each other’s choreography and felt their work would be complementary in a joint production. Throughout creation and rehearsal, the duo was in frequent contact.

“I think there’s a great deal of trust between Angela and me in putting this show together and helping each other out wherever possible,” said Norman. “I can speak for us both, I think, in saying that collaboration is one of the keys to our artistic practice. It’s constantly something you have to think about and juggle – how to follow your artistic vision and at the same time be a generous collaborator.”

For detailed information on the shows, schedules, venues and tickets, visit the Fringe Festival website.