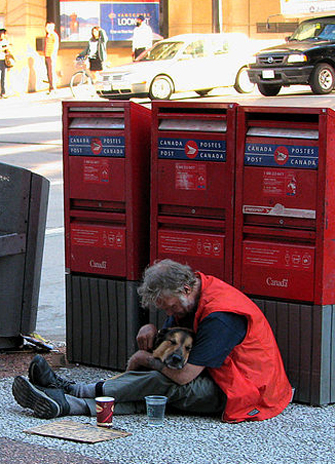 The lost generation, that’s what many psychologists are calling youth caught up in the current “great recession”. For the past five years, York psychology Professor Esther Greenglass has been leading a consortium of academic psychologists from all over the world who are studying the psychological effects of the recession, specifically stress levels and coping mechanisms, mainly on youth.

What she’s found so far in Canada, Austria and Ireland is that greater debt led to perceptions of greater financial threat which decreased the person’s ability to employ proactive coping skills to reduce psychological

distress. Those individuals who were able to be proactive with their coping appraised their financial situation as less threatening, which resulted in lower distress.

Greenglass will deliver the Distinguished Spielberger Address and moderate a panel at the Stress and Anxiety Research Society’s (STAR) Conference in Portugal, July 1 to 3. Her talk, Stress and Coping in Difficult Economic Times: A Cross-National Perspective, will include some of the findings from her study.

“What I’m trying to do is take joblessness and show how it impacts one’s stress and coping skills. The longer the unemployment, the tougher it is to re-enter the work force, which carries broad economic and social consequences. Long-term joblessness can lead to atrophied skills, lost productivity, reduced consumer spending and higher social costs, and unemployment undermines confidence and feelings of employability,” says Greenglass. One of the worst affects is the effect in young people. “It’s a human disaster.”

“How do we prevent a whole generation from being lost?” she asks. Millions of people worldwide don’t have a job. So what’s going on emotionally for these people, mainly youth, is the question Greensglass is trying to answer. How are these youth coping, what will it mean for their future and the future of the generation as a whole.

“They have high levels of anxiety and anger and bitterness. They can’t plan for the future, are less likely to marry, they’re restless,” says Greenglass. “The unemployment rate for youth here is 15 per cent, for the rest of the population it’s about seven per cent. In Greece it’s 27 per cent for the general pop and 61 per cent for youth.”

To gather the data, Greenglass distributed an economic survey of daily events for use by her colleagues in Austria, Czechoslovakia, Germany, Poland, Belgium and Israel. They’ve translated the survey into their own language and submitted the data to her. It looks at personality, proactive coping, self-efficacy, self-esteem, depression, anxiety, health behaviour changes, unemployment and debt stressors, and the perception of hardship and financial threat. It predicts effects and the individual coping mechanisms, such as optimism. That data is then plugged into a theoretical model relating self-efficacy, job insecurity and psychological health.

“It’s a huge project and it keeps growing,” says Greenglass.

Believing one is employable should reflect feelings of self-efficacy and this should lead to lower job insecurity, higher job satisfaction and better psychological health, she added. This particular model was tested with samples from Canada and Ireland.

The next step would be to help people increase their employability, thereby decreasing their job insecurity and boosting their psychological health through cognitive restructuring and cultivating active job search skills.

“For me, as a social psychologist, I’m very concerned about how this anxiety about their jobs is affecting people,” she says. “We need to identify ways to help people cope better and improve their quality of life.”

By applying our theories and research design to an understanding of the effects of the recession, we are extending psychological theory to the study of a most important social issue and its implications for psychological health,” says Greenglass. “The results of our research can be used as input to much needed social policy that could be implemented to help government and individuals deal with these events. In our research, we point to interventions that can be implemented to help improve quality of life during these difficult economic times.”

Later in July, Greenglass will moderate another panel at the SABE/IAREP/ICABEEP conference in Atlanta which will bring economics and psychology together in the wake of the financial crisis.