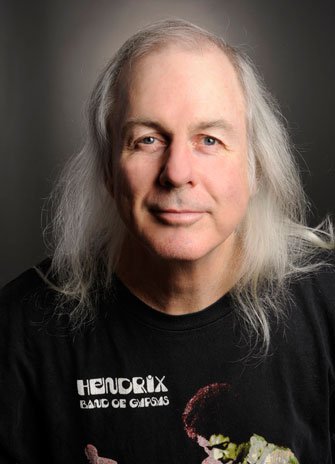 Ethnomusicologist Rob Bowman, who is widely known as York University’s “rock ‘n’ roll professor”, recently returned from Memphis, Tennessee where he was inducted – as the sole literary entry – into the Blues Hall of Fame.

This is just the latest distinction Bowman has won for his book Soulsville, U.S.A.: The Story of Stax Records, an in-depth investigation into one of the most influential recording studios in American history and the birthplace of Memphis Sound.

“I feel really honoured and excited that 16 years after Soulsville was first published, it’s been recognized in such a prestigious venue,” Bowman said.

Soulsville, U.S.A. was the product of 12 years of research. First published by Schirmer in 1997, it has sold tens of thousands of copies in three English editions and a number of translations. The book was a follow-up to Bowman’s 1996 Grammy-winning liner notes accompanying the 10-CD box set, The Complete Stax/Volt Soul Singles, Vol. 3: 1972-1975, which he co-produced.

Prior to the book, Bowman – a graduate of York University’s music program (BA ’78, MFA ’82) – wrote his doctoral dissertation for the University of Memphis on Stax Records, making him the leading authority on the legendary company. His familiarity with both the music and the business operations of the iconic label makes Soulsville, U.S.A. one of the most comprehensive studies ever published on a record company.

“Musicologically, Stax Records forged the blueprint for southern soul music. That alone made it a story that needed to be told,” said Bowman. “Equally fascinating was the fact that as early as 1960, Stax was an integrated operation in both the recording studio and the company offices, and by 1968, at the level of ownership. This was occurring in Memphis, Tennessee, a city that in many respects was the epitome of racism and segregation at the time.  As such, Stax was the organic manifestation of Dr. Martin Luther King’s dream of black and white people coming together for a common purpose and forgetting about colour.

“The further I got into it, the more complex the story became and the more I felt obligated to the community that had been Stax, to tell the story in a public venue with the level of richness and dignity it deserved,” said Bowman.

In the book, Bowman not only discusses the artists and the music they recorded at Stax, but also digs into rise and fall of the company, exploring the politics within the organization, its finances, lawsuits, interracial harmony and discord, promotional strategies, distribution, hirings and firings.

Bowman points out that, while Stax studios gained fame primarily for the music recorded there by soul stars Otis Redding, Sam & Dave, Wilson Pickett, Isaac Hayes, the Staple Singers and others, the label also recorded some important blues music, notably by Albert King during his most influential period and Little Milton, who had several blues hits with Stax. Soul icon Johnnie Taylor’s Stax output included some blues, as did that of Rufus Thomas, Booker T. & the MGs and others.

Bowman, who pioneered popular music studies at York, includes a unit on Stax when he teaches his undergraduate course on R&B, and frequently uses examples from Stax in his graduate seminars.

Bowman’s induction into the Blues Hall of Fame is an affirmation of the reach of his work as an interpreter and documentarian of historical recordings of popular music. His other accolades include Best Album Notes Grammy nominations for The Malaco Records Story: The Last Soul Company, The Complete Stax Singles, Vol. 1 1959-1968 and the 4-CD box set The Stax Story, which he also co-produced, and a Best Historical Reissue Grammy nomination for The Otis Redding Story.