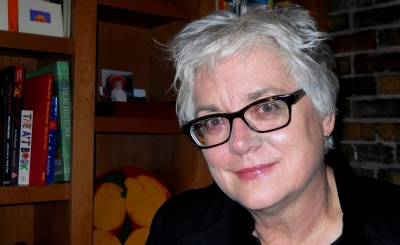 The Canadian Historical Association (CHA) has awarded the 2013 CLIO Prize – The Prairies to Osgoode Professor Shelley Gavigan’s book, Hunger, Horses and Government Men: Criminal Law on the Aboriginal Plains, 1870-1905 (Vancouver: UBC Press for the Osgoode Society for Canadian Legal History, 2012).  The prize is given for exceptional contributions to regional history.

Gavigan’s book was also one of five books short-listed for the CHA’s Sir John A. Macdonald Prize (awarded annually to the best scholarly book in Canadian history) and received an Honourable Mention.  The awards were announced June 4 at the annual meeting of the CHA in Victoria.

In addition, Gavigan has been informed that the Canadian Law & Society Association (CLSA) will award the book the 2012 CLSA Annual Book Prize “Honourable Mention Award” for “an outstanding contribution to the study of law and society” at its annual meeting in Vancouver in early July.