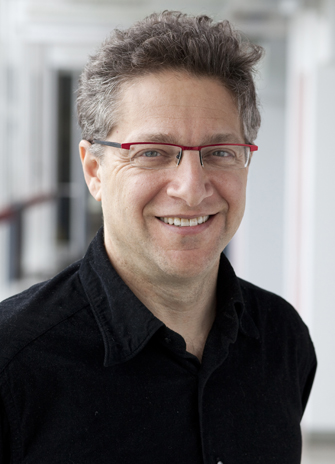 What is the connection between time, science, art and technology? Harvard University physics Professor Peter Galison will explore this central question and the complex of problems at the boundary of art and physics history during a free, open public lecture “Time of Physics, Time of Art”on Thursday, May 2.

The lecture launches the two-day conference, Materiality: Objects and Idioms in Historical Studies of Science and Technology Conference, organized by Professor Edward Jones-Imhotep (Science & Technology Studies), May 3 and 4, at York University’s Keele campus.

Galison, who is the Joseph Pellegrino University Professor in the Department of the History of Science, and the Department of Physics at Harvard University, is interested in the intersection of philosophical and historical questions, including: What, at a given time, convinces people that an experiment is correct? How do scientific subcultures form inter-languages of theory and things at their mutual borders, and borders that link physics with film, philosophy, technology, and national security?

In 1997, Galison was named a John D. and Catherine T. MacArthur Foundation Fellow; in 1999, he was a winner of the Max Planck Prize. His work explores the complex interaction between three principal subcultures of 20th century physics – experimentation, instrumentation and theory.

In the standard picture of the history of special relativity, French mathematician Henri Poincaré and German-born physicist Albert Einstein reformulated whether two spatially separated events occur at the same time, which was considered a quasi-philosophical intervention, a move made possible by their disconnection from the standard physics of the day. Einstein’s work reviewing patents at the Federal Office for Intellectual Property and Poincaré’s job in the Bureau of Longitude were lowly day jobs — irrelevant to fundamental work on the nature of the world. In his lecture, Galison will argue that on the contrary, the all-too material and most abstract notions of time cross in essential ways. In collaboration with the South African artist and filmmaker William Kentridge, their art book The Refusal of Time explored this intersection, pushing on history, physics and philosophy into a more associative-imaginative register.

Galison’s lecture is supported by the Social Sciences & Humanities Research Council of Canada Situating Science Cluster, York’s Office of the Vice-President Research & Innovation, the Institute for Science and Technology Studies at York University, the Faculties of Science and Fine Arts, and the departments of history, philosophy, natural science and science and technology studies.

The University-wide lecture, “Time of Physics, Time of Art” by Peter Galison takes place in the Robert McEwen Auditorium in the Seymour Schulich Building at 4:30pm. All are welcome to attend.