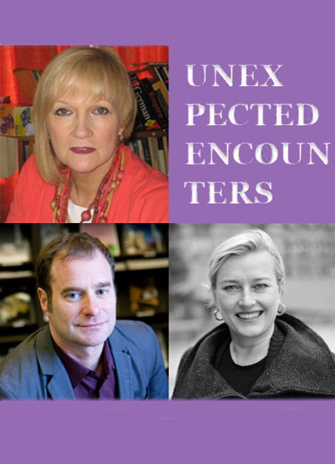 Titled “Unexpected Encounters: Sexual Difference and Art Now”, the summer institute examines the multiplexities of gender and sexuality in contemporary art through historical, curatorial and theoretical perspectives. Highlights include free public lectures taking place May 8 and 9.

In her May 8 talk, “Is Feminism Just a Bad Memory?” at the Museum of Contemporary Canadian Art (MOCCA), Griselda Pollock undertakes a critical re-examination of her own journey through “feminist interventions” in art history, theory and practice to address both the recent “killing” of feminism and the current attempts at resurrection to challenge this “treacherous mythology”.

Pollock is professor of Social & Critical Histories of Art and director of the transdisciplinary Centre for Cultural Analysis, Theory and History at the University of Leeds, U.K. A specialist in post-colonial feminist studies in the visual arts, she is best known for her theoretical and methodological innovation, combined with deeply engaged readings of modern, postmodern and contemporary art, film and cultural theory.

Richard Meyer presents two public lectures as part of the summer institute. In “Curating Difference: ‘Warhol’s Jews’ and Naked Hollywood”, May 8 at in the Fine Arts complex at York’s Keele campus, Meyer addresses the creative, art-historical and institutional constraints that shaped two exhibitions he guest curated in New York, San Francisco and Los Angeles. The first, Warhol’s Jews: Ten Portraits Reconsidered, focused on the relations among Jewishness, money, pop art and cultural stereotype in Warhol’s controversial 1980 series of prints and paintings titled “Ten Portraits of Jews of the Twentieth Century”. The second show, Naked Hollywood: Weegee in Los Angeles, took up questions of tabloid photography, celebrity culture and the sex industry in Southern California in the late 1940s and early 1950s.

Accompanying Meyer’s talk, the exhibition Warhol’s Jews, featuring a full set of silkscreen prints of Warhol’s portraits of “famous Jews”, drawn from the collection of York’s Faculty of Fine Arts, will be on display May 7 and 8 in the Gales Gallery at York’s Keele campus. The series depicts luminaries of Jewish culture, including Sigmund Freud, George Gershwin, Albert Einstein, Sarah Bernhardt, Gertrude Stein, Franz Kafka and the Marx Brothers.

Meyer reclaims the contemporary from historical amnesia in his second lecture, “What was Contemporary Art?”, taking place May 9 at the Art Gallery of Ontario. Meyer notes that contemporary art in the early 21st century is often discussed as though it were a radically new phenomenon unmoored from history, yet all works of art were once contemporary to the artist and culture that produced them. In his lecture, he explores signal episodes in the study, exhibition and reception of early 20th-century art and visual culture.

Meyer is the Robert and Ruth Halperin Professor in Art History at Stanford University and director of The Contemporary Project at the University of Southern California. He is the author of the books Outlaw Representation: Censorship and Homosexuality in Twentieth-Century American Art and What Was Contemporary Art, and co-editor, with Catherine Lord, of Art and Queer Culture. His studies in modern and contemporary art focus on the ongoing debate over sexuality and gender, its effects on modern art and visual culture, and censorship and the public sphere.

As part of their residency in the summer institute from May 3 to 11, Meyer, Pollock and Reckitt will meet with MA, MFA and PhD candidates in visual arts and art history at York for informal discussions, seminars, critiques and studio visits.

Helena Reckitt is an independent curator and critic and senior lecturer at Goldsmiths, University of London, U.K. Formerly senior curator of programs at Toronto’s Power Plant, she has also held curatorial and programming positions at the Atlanta Contemporary Art Center and the Institute of Contemporary Arts, London/U.K., and was an associate editor at Routledge.

The summer institute is named in recognition of Joan and Martin Goldfarb, longstanding supporters of York’s Faculty of Fine Arts, whose generous gift has made this annual residency program possible.

Griselda Pollock: Is Feminism Just a Bad Memory?”
Presented in association with the Museum of Contemporary Art
When: Wednesday, May 8 at 7pm
MOCCA, 952 Queen St. West

Richard Meyer: “What was Contemporary Art?”
Presented in association with the Art Gallery of Ontario
When: Thursday, May 9 at 7pm
Where: Jackman Hall, AGO, 317 Dundas St. West

Admission to all events is free