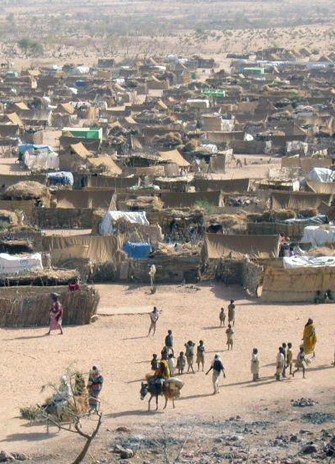 Today, researchers from York University’s Centre for Refugee Studies will meet virtually with their counterparts from the Europe Union (EU) and North America to explore the lack of consistency in refugee law making.

Mobilizing the power of the Internet and web-based meeting technology to connect the researchers, the virtual seminar will be moderated by York public policy Professor James Simeon, acting director of the Centre for Refugee Studies at York University, and Violeta Moreno-Lax, European Union asylum law coordinator for the Refugee Law Initiative at the University of London, and a lecturer in law at the School of Law, University of Liverpool. The seminar begins at 10am in 120E in the Stedman Lecture Hall Building. The proceedings are open to the public and all are welcome.

The seminar will consider the factors contributing to the apparent lack of consistency in refugee law adjudication in the European Union and North America, and the efforts that have been undertaken in the EU, North America and by the Office of the United Nations High Commissioner for Refugees (UNHCR), (also known as the UN Refugee Agency), to try to address these apparent inconsistencies. There are six institutions involved in the international joint public seminar. The affiliations of the researchers are: York University: Osgoode Hall Law School, School of Public Policy and Administration, and Centre for Refugee Studies; Refugee Law Initiative, School of Advance Studies, University of London; School of Law, University of Liverpool; and School of Law, Temple University, Philadelphia, USA.

“Refugee status determination is considered one of the most difficult forms of judicial decision-making,” says Simeon. “Refugee law decision makers must have a thorough knowledge of their own country’s laws, conventions, the legal tests and the standard of proof for their legal judgments in both law and fact. They must also be conversant with the conditions in the refugee claimant’s country of origin in order to assess whether there is a well-founded fear of being persecuted should the person return.”

Such variances mean that errors are made in either findings of fact or interpretations of the law as evident through the appeal process in the different court systems, which can account for some of the variance in acceptance or grant rates within and across jurisdictions.

Researchers and commentators have suggested other contributing factors such as the differing institutions and processes of asylum, different legal standards of proof for findings of fact and law that are found across jurisdictions. They also point to the different legal traditions and cultures and the manner in which refugee law decision makers are trained and given ongoing professional development. But, can these and other factors account for the wide variances in acceptance rates that are evident within and between states or even within the UNHCR for that matter?

Considering that question are: