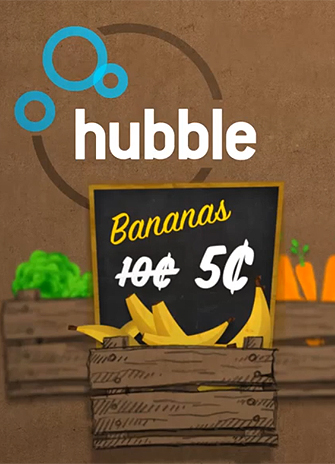 As of Friday, the Schulich School of Business’s MBA student team, hubble, has rocketed to the lead in the online contest for their final chance to compete against five other student teams at the 2013 Hult Prize finals in New York City Sept. 22.

The Hult Prize – the “Nobel Prize for B-schools,” according to Businessweek – brings together postsecondary student teams from around the globe to present solutions to a critical world problem. This year’s challenge is to improve food security – safe, accessible, nutritious and affordable food – for 200 million people living in urban slums around the world.

Teams representing more than global 350 colleges and universities joined the challenge to create a social enterprise that can reach 200 million people by 2018. The winning team

will be awarded $1 million in start-up capital to implement their idea. The prize will be presented by former U.S. president Bill Clinton.

The online challenge is the last opportunity to win a coveted sixth and last spot at the Hult Prize finals in New York City. Five teams have already emerged as finalists from regional competitions around the world. They represent the Asian Institute of Management, ESADE Business School, McGill University, Hult International Business School in San Francisco and the University of Cape Town.

The hubble team, which includes first-year Schulich MBA students Riyad Mobeen, Srivatsan Vijayakumar, Ken Fong, Jasmine Dove and Monika Kajal, were finalists in the regional competition in San Francisco, but only the first-place team moves to the finals.

Reaching the regional finals meant that the hubble team’s idea and presentation shone over those presented by 45 other leading business schools,

Undeterred, the Schulich MBA team immediately entered a three-minute video of their presentation into the ‘wild card’ online Facebook competition, where they are currently in the lead for the number of views (currently 1,100) among the dozens of competing schools. The Schulich team is the only Canadian school consistently showing among the top 10 most popular entries.

“hubble is a game-changing social enterprise that aims to drive the cost of produce down by simplifying the food system and shortening the supply chain,” said Mobeen. “We will connect small-scale farmers and street vendors and will provide millions of urban slum dwellers around the world with access to affordable and nutritious produce.”

The team is encouraged to be following in the path of the 2011 Hult Prize winner, Akanksha Hazari, who competed at the regional level, and re-entered the competition by winning the online contest, ultimately taking the global first prize.

“Our team hasn’t lost any of its fire. We do believe hubble could win this competition,” said Mobeen. “We are determined to present hubble to president Bill Clinton and the final judges. We really want to see hubble become a reality.”

Online voting can be done through Facebook and voting ends May 12. The top 10 video entries will then be viewed by judges and a winner selected on May 20.

The six finalist teams will attend a two month accelerator boot camp in Boston where they will build upon their idea and present in the finals in New York City.

To view the current status of the Hubble team and to view their leading video entry, visit the Hult online challenge website.

More information about the Hubble team can be found on the Schulich School of Business website.

More information on the Hult Global Case Challenge can be found on the Hult Prize website.