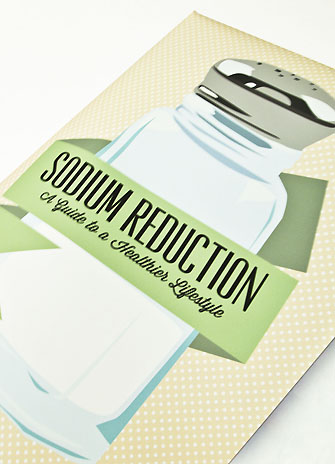 The graduating class of the York University/Sheridan College Joint Program in Design (YSDN) invites the York community to Delve, an exhibition showcasing their best creative work in graphic and communication design.

Comprising more than 500 works, from packaging and information design to editorial and motion graphics, the show offers great depths to Delve into. It will be on view to the public at the Fermenting Cellar in Toronto’s Distillery Historic District on Monday, April 15 and Tuesday, April 16 from 10am to 5pm.

Delve is the culmination of four years of study for the 86 rising young designers poised on the cusp of their professional careers. In spotlighting their creative achievements, the exhibition will also kick-start networking activities and job interviews for the participants. On the evening of April 15, Delve becomes an industry event that many Toronto area studios and companies use as a recruitment opportunity. After the show closes to the public April 17, each student has the

opportunity to engage in a 40-minute external assessment with two professional designers.

Delve is wholly designed, planned and executed by the graduating students, working in a group of committees with elected chairs. The committee structure allows the students to focus on their particular areas of interest, such as branding or the show’s website, or explore a new aspect of exhibition production, like fundraising or designing and building the display structures.

“It was important to our class that the concept and branding for the show be accessible,” said Amy Knaus, one of the two executive chairs for the event. “We were tired of the elitist stereotype that puts designers into black turtlenecks.”

“Delve sums up our engagement in our work in a way we hope everyone can relate to,” added Knaus’s co-chair Michelle Budge. “As part of the development of the show, we each submitted a story about a moment we truly ‘delved’ in, took risks, were deeply engaged.”

“I shared how I accepted a second internship last summer in Milan,” said Knaus. “I had just finished a local placement when I received an e- mail suggesting I start there in two weeks. In a matter of days, I had given notice at my part-time job, packed my bags and booked my flights. I had the most amazing two months in Italy. I’m so glad I went for it!”

“My ‘delve’ moment is a little retro: it was learning to waterski at the family cottage,” said Budge. “I’m not an accomplished athlete by any means, so when I learned to drop a ski, it was one of the proudest moments of my life. From photographic evidence, it looked like I was out of my mind with terror, but I was constantly begging my dad to start up the motor and take me for a loop around the lake.”

The students’ “delve” moments are shared on the show’s website and will be collected in a limited-edition booklet as a thank-you for the sponsors and special industry guests who are participating in the portfolio reviews.

While the graduation show is an annual event, each edition reflects a fresh approach. New this year will be 10 interactive iPad stations spaced throughout the exhibit, with equipment on loan from Apple. The event design team devised boxes to lock the iPads in place and display the custom web interface they developed to showcase the motion graphics, web and interactive projects of the students whose work is displayed near the stations.

Reaching out to a younger cohort set to follow in their footsteps, the graduating designers will be welcoming several high-school classes to Delve. They have also extended a personal invitation to students who have been accepted into the YSDN program for 2013. The graduating students will offer informal guided tours and answer any questions the high-school students might have about the program, the work on view and design in general.

“We wanted to share our work with young students who are trying to figure out their passion and direction,” said Trishaala Ninan, chair of Delve’s reception committee. “I wish I had had the opportunity to attend a grad show like this prior to choosing my postsecondary path, because it would have helped me better understand the field of design. Delve can do more than display student work; it can also be a source of inspiration for young designers who are searching for their ideal fields of study.”