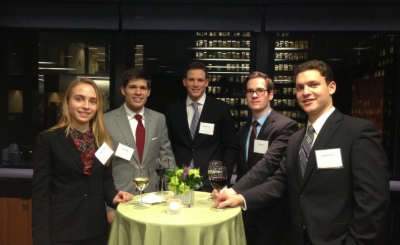 In the final round, Sheeley and Koverko argued the gambling case of Leblanc v. The Queen against the University of Alberta. The case was argued in front of the Chief Justice Gerald Rip, Patrick J. Boyle and Justice Karen Sharlow.