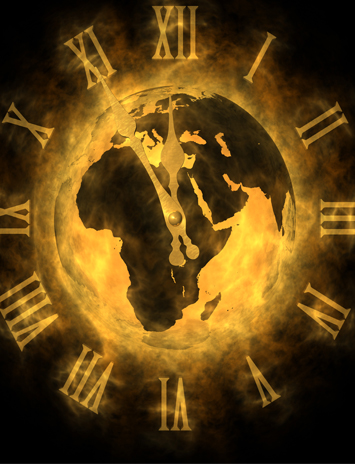 Work in a Warming World (W3) at York will be one of the recipients of the vast archive of publications and consultants’ reports by the soon-to-be defunct National Round Table on the Environment & the Economy (NRTEE).  What Carla Lipsig-Mummé, director of the W3, calls a “treasure trove” of resources that will now survive the NRTEE’s demise.

The federal government is closing the NRTEE March 31 after 25 years of research on the environment and the economy. It was set up as an independent, non-partisan research body reporting to the federal minister of the environment, but also providing advice to the

prime minister. Its closure was announced in the spring of 2012.

The NRTEE conducted rigorous research and analysis on issues of sustainable development, convening opinion leaders and experts from across the country to share knowledge and diverse perspectives, stimulate debate, generate ideas and provide solutions.

Its more than 600 reports, policies and consultations will go to W3 – a Social Sciences & Humanities Research Council of Canada-funded research program based at York – as well as to 12 universities, six libraries and government agencies.

“It’s an extraordinary donation,” says Lipsig-Mummé. “There’s no parallel with the work it’s done. It’s simply the best data in the

country, and we are both proud and excited to receive it.”

The archive will provide W3 with a rich resource to further its work. It will allow researchers and grad students to track the changes in the government’s research concerns on climate change over more than two decades, analyze the changes in policy focus over the years, summarize the enduring priorities as well as the new priorities, and identify the silences in the archive.

In addition, the NRTEE’s reports over the past five years show a growing worry that Canada is not doing enough to slow the growth of greenhouse gases and that the country is relying on the United States when it is in strategic paralysis, says Lipsig-Mummé. NRTEE sees leadership for Canada within North America, and suggests how that can be made to happen.

The issues the NRTEE tackled had to do with climate, water, energy, biodiversity and governance, and its work included climate change plans, water sustainability and climate prosperity. Some of its most recent publications included “Framing the Future:

Embracing the Low-Carbon Economy”, “Reality Check: The State of Climate Progress in Canada”, “Canada’s Opportunity: Adopting Life Cycle Approaches for Sustainable Development”, and “Facing the Elements: Building Business Resilience in a Changing Climate”. All of these publications will be included in the data received by W3.

The data will also include information on environmental fiscal reform, the challenges to creating sustainable cities, greening brownfields in private hands, dealing responsibly with waste and pushing private enterprise to adapt production processes.

The changing importance of environment policy and climate policy in provinces and territories over the past two decades is detailed in the data. The reports point to questions about what young environmentalists are doing, how the government stimulates environmental responsibility and how to measure moving forward.

“It’s the richest data source in the country in terms of historical and present research,” says Lipsig-Mummé.

W3 will soon make the archive accessible for research. To find out more, visit the Work in a Warming World website.