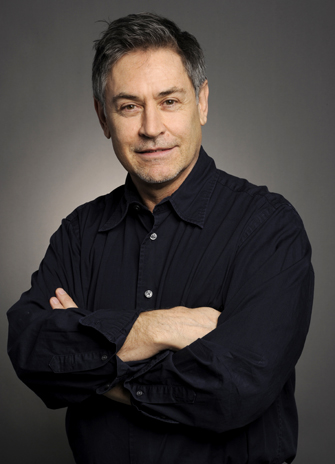 The Academy Awards are an annual highlight in film lovers’ calendars. Looking at this year’s Best Picture nominees, a common theme emerges. The winner, Argo, was based on a true story.  Beasts of the Southern Wild started as a play and Les Misérables as a musical (that was in turn based on a novel). Both Silver Linings Playbook and Life of Pi were first released as books. And the historical drama Lincoln drew its version of events from a biography. Six of the eight nominated films at the 85th edition of the Oscars were adaptations.

Under the aegis of the Norman Jewison Series, the screenwriting program in York’s Department of Film is hosting a panel discussion

Thursday to examine this aspect of the creative process behind a huge percentage of the films being made today.

“The Art of Adaptation: From Faithful to Ruthless” brings together award-winning screenwriters and creators Norman Snider (Casino Jack, Rated X, Dead Ringers), Matt Johnson (The Dirties, Nirvana The Band The Show), cartoonist Ramon Perez (A Tale of Sand), and Governor General’s Award-winning playwright and York film Professor Colleen Wagner (The Monument; The Living), to explore the art of adapting a range of properties, from novels to stage plays to comics, for the screen.

Free and open to the public, “The Art of Adaptation” panel takes place in Thursday, March 21, from 7 to 9:30pm, Learning Studio A at TIFF Bell Lightbox, 350 King St. W.

Horseman for CBC TV. Wiseman chose the title of the panel to address the fine line that screenwriters must tread during an adaptation project.

“When I was adapting Barney’s Version as a radio miniseries, several performers happened to stop by as I was meeting with the producer,” says Wiseman. “The novel was on the table and someone pointed at it and said: ‘Don’t screw that up. I love that book.’ People have strong feelings about the stories found in source material, so a screenwriter must be faithful to that. But equally, you must be true to the new creation in another medium – sometimes ruthlessly so, if it’s actually going to work.”

Johnson (BFA ’06), a writer and director for the big and small screen who is currently pursuing his MFA in film at York, sees narrowing the scope as the biggest challenge in adaptation. Johnson and his creative team of York talent – Evan Morgan (BFA ’08), Jared Raab (BFA ’07) and Matthew Miller (BFA ’03) – recently won the Grand Jury Award for Narrative Feature and the Spirit Award at Utah’s renowned indie film fest Slamdance for the feature production The Dirties, which draws on elements from the lives and films of Eric Harris and Dylan Klebold, the perpetrators of the Columbine High School massacre in the USA.

“What’s always worked best for me is stealing as many small details from the source material as possible while also knowing what to leave behind,” says Johnson. “I actually take very little narrative stuff from sources. I find that character and context are much easier and helpful to work from.

“Books, photos and news articles provide so many details, you’d never finish writing your screenplay if you explored them all. Being selective is how you discover what [about the original] you’re actually interested in.”

Snider, hailed as one of Canada’s top screenwriters, says there are no hard and fast rules in adaptation.

“While starting with a ready-made plot and characters is not nearly as difficult as exploring an original idea, every project has different challenges,” he says. “When I wrote the screenplay for American Psycho, it was huge to condense [from the novel by Bret Easton Ellis]. You do what you have to do to get a movie out of it. When working on your own project, the best plan is to start with a story you love, but don’t be too reverential.”

Every adaptor’s interpretation of original material is bound to disappoint some fans of the original. Snider is pragmatic about audience reaction.

“Tough,” he said. “They would hate the film adaptation even more if they had to sit through a lousy movie.”