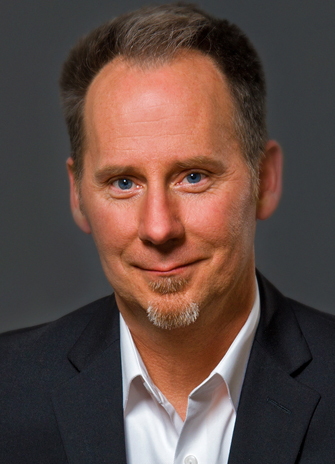 I am pleased to inform you that the search for a new dean of the Faculty of Fine Arts has reached a successful conclusion, and I invite you to share this news with your colleagues.

Last fall, I established a search committee, comprising members of the Faculty of Fine Arts (faculty, staff and students), as well as a member appointed by me, and chaired by the vice-president academic & provost, charged with undertaking a search for the next dean. Following an extensive national and international search, the committee recommended the appointment of Professor Shawn Brixey. I am very pleased to announce that Professor Brixey has

Professor Brixey brings to York an outstanding record of innovative academic leadership and a commitment to interdisciplinarity and partnership development in the arts and media. He will join York University from the University of Washington (UW), where he is an associate professor of Digital Arts and Experimental Media in the College of Arts and Sciences. From 2009 to 2012, he held UW’s distinguished arts award, the Floyd and Dolores Jones Endowed Chair in the Arts; and from 2006 to 2009, he served as director of the Center for Digital Arts and Experimental Media (DXARTS) and the Center for Advanced Research Technology in the Arts and Humanities (CARTAH) at UW, having previously served (2002-2006) as DXARTS’ associate director and co-founder. In these roles, he was responsible for the development – with faculty, staff and students – of DXARTS’ strategic vision, creative identity, and research and educational mission, as well as for the creation of pioneering interdisciplinary BFA and PhD programs encompassing a wide range of the arts. Under his leadership, DXARTS’ enrolments and faculty complement grew significantly. He fostered fundraising initiatives in support of faculty and student research and creative endeavours, including outstanding studio and laboratory facilities. His role also included responsibility for CARTAH, a major project-based creative technology research centre embedded in DXARTS, and serving the entire campus.

Professor Brixey has a broad interdisciplinary background. He is a graduate of the Kansas City Art Institute (bachelor of fine arts) in interactive sculpture and experimental media, and the Media Laboratory at the Massachusetts Institute of Technology (master of science in advanced visual studies) in design, architecture, media science and engineering. He has exhibited in art, design, performance and media technology around the world. He also publishes in these areas and lectures widely on emerging issues relating to contemporary arts, higher education, arts administration, culture and media technology. Critical writing and reviews of his thinking around these topics and of his artwork have been featured in diverse sources and media in the U.S. and internationally. He has served as the chair of the New and Virtual Media Directorate for the Canadian Foundation for Innovation, and is currently a member of the International Scientific Advisory Board for GRAND (Graphics, Animation and New Media), a centrally funded National Research Council of Canada Centre of Excellence.

I look forward to welcoming Professor Brixey to York University and working with him as he undertakes this important portfolio. I hope all members of the Faculty will join me in congratulating and welcoming him.

I would like to thank the members of the Decanal Search Committee for their contributions to this important process.

And, finally, I am grateful to Barbara Sellers-Young, the outgoing dean, for all that she has achieved throughout her years at York, and I wish her well in all of her future endeavours.