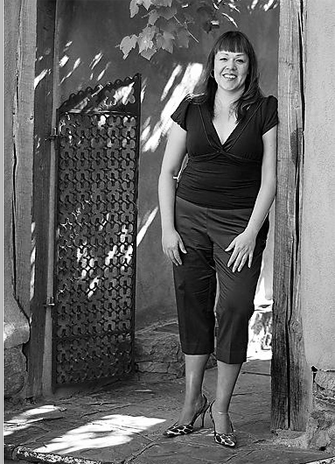 What is the history of politics, action and theory leading up to the current Idle No More movement? Where do the Oka crisis and residential school inquiry fit? Anthropology Professor Audra Simpson of Columbia University will discuss some of these events and issues during her talk as part of International Day for the Elimination of Racism.

The event will take place Monday, March 18, from 5:30 to 8:30pm, at S802 Ross Building, Keele campus. Food and refreshments will be provided. The International

Day for the Elimination of Racism event is sponsored by York’s School of Social Work and the Department of Equity Studies in the Faculty of Liberal Arts & Professional Studies.

Networking and refreshments will start at 5:30pm, with opening remarks at 6pm. The screening of the film My Name is Kahentiiosta, about Oka and one woman’s experience, will begin at 6:15pm, followed by Simpson’s talk at 7:05pm and a Q&A at 7:50pm.

Simpson’s talk – “Sovereignty, Sympathy and Indigeneity” – will chart the recent history that gives shape to the Idle No More movement, examining the politics and suffering of the period, beginning in the 1990s with a 78-day armed stand-off at Kanehsatake between Mohawk nationals, the Sûreté du Québec and the Canadian Armed Forces. This will be analyzed in tandem with the contractual disbursements of capital that aimed to assuage and diminish the colonial legacy, and techniques of rule that structure the racialized logics of Indigenous and settler politics today.

The talk will look at the problem of commenserating (Indigenous) sovereignty with (liberal) sympathy. How are Indigenous claims for rights and redress made understandable and/or commenserated to the understandings and claims of those who would have the power to hear them? These questions find their impetus in the fulcrum of Indigenous-state politics in Canada in the 1990s.

The Oka crisis began when Mohawks blockaded access to their territory to prevent the expropriation of their burial ground to extend a private golf course by nine holes. This action – first a peaceful protest and then a militarized defense – saw the largest military deployment against First Nation peoples in North American history, says Simpson.

It precipitated a $58-million Royal Commission on Aboriginal Peoples to inquire after the problem of Indian-state relations, public narrativizations of abuse in residential schools, and the disbursement of $350 million for an ‘Aboriginal Healing Foundation’ to tend to the emotional and societal impacts of abuses within native communities because of the residential school system, says Simpson. It was also before the bankrupting of the United Church of Canada because of civil lawsuits for the role of their members in abusing native children in the schools, Native ‘blockades’ of public roads and lands in response to unresolved land claims and bustling cigarette trade across settler borders by Indigenous nationals.

Barely containing itself as a tidy decade of foment, this period of unrest, litigation, outright militarized resistance, commerce and trade rendered itself as claims upon the moral and fiduciary conscience of the state – a conscience that then forced these claims into a market of sympathy to be legible to the public as objects worth of sympathy. This market of sympathy, theorized much earlier on by Adam Smith as a baseline for the politics of recognition, rendered legible only that which was conveyed through idiom of harm, says Simpson. Her book, Mohawk Interruptus, is forthcoming from Duke University Press.

She is the editor (under contract) of the Syracuse University’s reprint of Lewis Henry Morgan’s anthropological classic, League of the Haudenosaunee and co-editor of the forthcoming 10-chapter collection Theorizing Native Studies (Duke University Press). In 2010, she won Columbia University’s School for General Studies Excellence in Teaching Award.