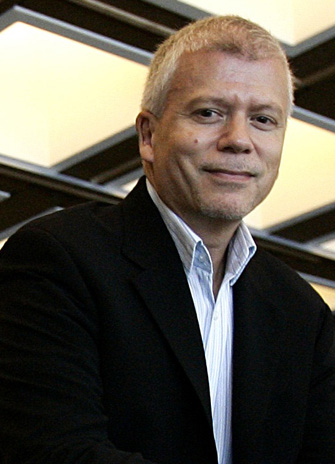 Hael Kobayashi, executive director of Creative Intelligence at the University of Technology, Sydney and chair of Digital Sydney, Australia, is the featured speaker for the Wendy Michener Lecture March 12 in the Faculty of Fine Arts at York University.

In his talk, “Creative Convergence: The Nexus of Art, Technology and Intelligence”, Kobayashi will share his insights on how today’s creatives are becoming the catalyst for global innovation.

“Over the past 40 years we’ve experienced a trans-disciplinary trajectory of creative practice,” said Kobayashi. “Emerging technologies are accelerating and globalizing this cultural shift, giving impetus to new ways of thinking and doing.  With artists, engineers and entrepreneurs driving the process, we’re looking at unprecedented opportunities for creative innovation on a global scale.”

A pioneering force in the field of digital technologies for more than three decades, Kobayashi has worked at the forefront of creative industries on four continents across multiple disciplines, including film, broadcast, digital and new media, design, and the visual and performing arts.

He has held executive positions with some of the world’s leading entertainment studios, including director of Digital Artists Production at Lucasfilm’s Industrial Light + Magic; senior production management roles at PDI/DreamWorks Animation; Entertainment and Science bureau chief for MSNBC/ZDTV’s The Site; and group head of production for Animal Logic, where he was associate producer for the Oscar-winning animated feature Happy Feet.

An active advocate for new media development and education, Kobayashi co-founded the Presidential Scholars in the Arts’ Cinematic Arts program for the National YoungArts Foundation, USA. He has worked with economic development groups, regional planners, leaders in education, and government representatives to create strategies to develop digital and emerging media for sustainable growth in Australia, Singapore and the USA.

Kobayashi serves as a senior adviser for the global non-profit organization INDEX: Design to Improve Life, based in Denmark, and on the international advisory panel of the DesignSingapore Council. Most recently, he addressed the importance of the creative economy as guest speaker at the United Nations Conference on Trade and Development (UNCTAD XIII) in Doha, Qatar, and the UN-sponsored World Summit on Internet and Multimedia in Fuzhou, China.

“We’re pleased and proud to welcome Hael Kobayashi  as our Michener lecturer,” said Barbara Sellers-Young, dean of York’s Faculty of Fine Arts. “His stellar international career, melding such a wide range of artistic disciplines and media in education and creative enterprise, illustrates the complex interweaving of today’s global arts and creative industries. His contributions in this dynamic field are an inspiration for our students – especially as Hael himself is a graduate of our program.”

Canadian-born, Kobayashi began his management career with David Haber, Festival Canada, the inaugural Dance in Canada magazine, and the Toronto International Film Festival. He is an alumnus of the Department of Dance and a member of the Dean’s Advisory Council in York University’s Faculty of Fine Arts.

Kobayashi’s talk will be followed by a Q&A session with the audience. Admission is free
The Wendy Michener Lecture, named in commemoration of the Canadian arts critic and journalist, was established in the Faculty of Fine Arts at York University in 1986 to provide a forum for discussion of crucial issues and developments in culture and the arts.