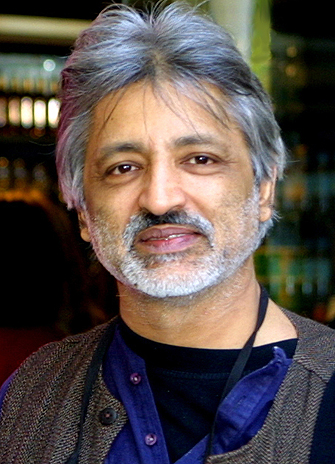 Comrade to the Price Family Cinema at York’s Keele campus for a free screening Monday, March 4 at 2:30pm.

Hailed as a “massive, musical, magnificent, masterpiece” (Mark Cousins, Sight and Sound), the film is based on a real-life incident: the killing of 10 Dalits in Mumbai in 1997.

For thousands of years, India’s Dalits were abhorred as low-caste “untouchables”, denied education and treated as bonded labour. By 1923 Bhimrao Ambedkar had broken the taboo. He won doctorates abroad, fought for the emancipation of his people and went on to draft India’s constitution. In 1997, a statue of Dr. Ambedkar in a Dalit colony in Mumbai was desecrated. As angry residents gathered, police opened fire, leading to 10 deaths. Dalit singer and poet Vilas Ghogre hung himself in protest.

The massacre and his friend’s suicide inspired Patwardhan to create Jai Bhim Comrade (2011, 185 min).  Fourteen years in the making, the documentary incorporates the resistance poetry and music of activists like Ghogre to investigate the systemic political oppression and widespread violence against the Dalit people, interwoven with poignant, intimate portraits of the day-to-day life of a group of Dalit families.

Following the screening, York film Professor Ali Kazimi – a noted documentarian in his own right – will moderate an audience Q&A with Patwardhan.

“We’re thrilled to host a filmmaker of Anand’s calibre and to have the opportunity to show his remarkable, deeply moving film Jai Bhim Comrade on campus,” said Kazimi. “Anand’s documentary subjects are challenging and he frequently struggles against a system that attempts to silence him through censorship. This screening and his talk are a must-see for anyone interested in India and human rights, and in experiencing the power of socially committed documentary filmmaking.”

Later the same day, DOC Toronto will host Patwardhan in conversation with Kazimi downtown at Camera Bar as part of its Masters’ Series Class. Patwardhan will use examples from films shot over the course of his 30-year career to discuss his creative process as a director, cinematographer and editor; censorship and social issue filmmaking; and the filmmaker-subject relationship.

Recently honoured with a retrospective by the British Film Institute, Patwardhan is known for his activism through social action documentaries on topics that are at the crux of social and political life in India, including corruption, slum dwellers, nuclear arms, citizen activism and communalism. Many of his films were at one time or another banned by state television channels in India and became the subject of litigation by Patwardhan, who successfully challenged the censorship rulings in court.

A scene from Jai Bhim Comrade