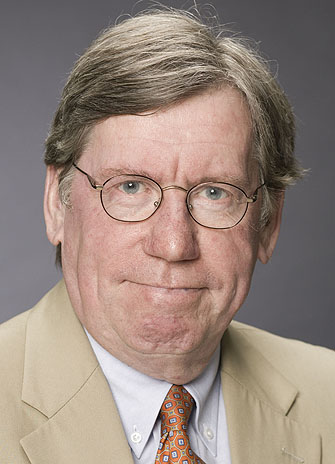 More than 150 friends and colleagues of Osgoode Hall Law School Professor John McCamus, a long-serving member of the law school’s faculty, will gather Wednesday, Feb. 6 at Osgoode Hall in downtown Toronto for a dinner to pay tribute to his extraordinary contributions over the past 40 years to legal education, the legal profession and public service.

A symposium in honour of his scholarship, teaching and leadership will take place on Thursday, Feb. 7 from 9am to 5pm in the Helliwell Centre for Innovation in Dispute Resolution, Room 1014, Osgoode Hall Law School.

“John has done it all and done it all superbly,” says University Professor Harry Arthurs, a former dean of Osgoode and president of York University. “He has taught and written, practiced and preached, administered and reformed, and done detailed doctrine as successfully as high policy. His students adore him; his colleagues admire him; his community and profession depend on him; his friends treasure his warmth, humour and insight.”

Patrick Monahan, a former dean of Osgoode and vice-president academic & provost of York who is now deputy attorney general of Ontario, has known McCamus for more than three decades.

“John exemplifies the Osgoode spirit of commitment to public service and a desire to make a difference, not just in the legal world but in society more generally,” says Monahan. “He has made a monumental contribution to Osgoode over the past 40 years as dean, teacher, scholar and friend.  He is also one of the most patient and fundamentally decent persons I have ever had the pleasure to know.”

McCamus began his career as a professor at Osgoode in 1971, and served as dean from 1982 to 1987. His principal areas of research and teaching have included private law, especially restitution and contract, commercial law and information practices law.  His published work includes texts on the law of contracts and the law of restitution.

He was chair of the Ontario Law Reform Commission from 1993 to 1996 and chair of the Ontario Legal Aid Review, an independent task force established to examine the legal aid system in Ontario, from 1996 to 1997. The review’s three-volume report, A Blueprint for Publicly Funded Legal Services, was published in September 1997.

He is currently the chair of Legal Aid Ontario, the chair of the Canadian Civil Liberties Association and the ombudsperson for York University. McCamus is an affiliated scholar with Davies Ward Phillips & Vineberg LLP.

Lorne Sossin, current dean of Osgoode Hall Law School, will be one of the panellists participating in the Feb. 7 symposium, which is co-chaired by Osgoode Professors Stephanie Ben-Ishai and Jamie Cameron.  In addition, McGill University Professor Roderick Macdonald (LLB’72, LLD ’11) will give the luncheon keynote address and Mamdouh Shoukri, president & vice-chancellor of York University, will deliver remarks.

“John is richly deserving of this recognition – he reflects our best aspirations – as an engaged scholar, as a gifted teacher, and as a leader in the legal community who is dedicated to public service.”