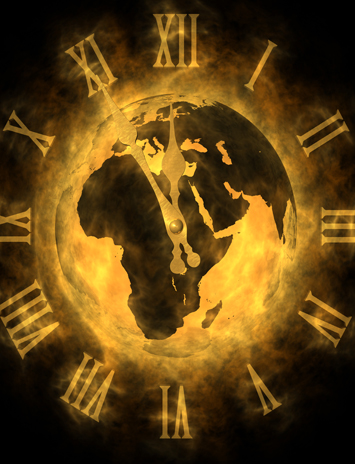 Leading labour environmentalists and academics will discuss the challenges and creative strategies for labour leadership on global warming as part of the Work in a Warming World (W3) panel discussion, “Green Work, Brown World: Labour and the Dilemma of Climate Change”.

The discussion will take place Friday, Jan. 25, from 5:30-7:30pm, in Alumni Hall at Victoria College, University of Toronto, 91 Charles St. W., Toronto. It is an initiative of the Work in a Warming World Research Program. The Panel is free, but registration is essential as seating is limited. To register, click here.

York Professor Carla Lipsig-Mummé (right), director of Work in a Warming World research program, will deliver the opening remarks. Lipsig-Mummé teaches work and labour, and environment and work, at York University and was founding director of York University’s Centre for Research on Work and Society. The author of more than 200 works and a frequent commentator in the international media, Lipsig-Mummé was a union organizer in Québec and the US before becoming an academic.

Council of Canada. Previous public panels have been held in Fredericton, Vancouver and Toronto.

Across the planet, the world is browning, not greening. Greenhouse gas emissions continue to grow and grow, and strategies for slowing global warming remain ineffective. The world of work is a major producer of GHGs, but can work also be a leading site for reducing greenhouse gasses? Can workers and their unions lead the struggle to slow global warming? The question is central to decent work in the 21st century.

The five panelists will discuss the hard issues that unions face and share the strategies that work. The hard issues have, to date, kept unions from playing the major role they can and must play in the struggle to slow global warming. Labour’s strategic creativity, however, is less well-known.

Chair: John Shields is a professor in the Department of Politics & Public Administration at Ryerson University. He holds the rank of Senior CERIS Scholar and is a past recipient of the The Sarwan Sahota ‑ Ryerson Distinguished Scholar Award (the highest research award at

Ryerson). His research and publishing is centred on Canadian public policy, with a particular focus on labour.

Karen Hawley (right) is currently working as a freelance environment researcher and educator. She has more than 25 years’ experience in the field of environmental activism. For the past five years, she held the environment portfolio at the National Union of Public and General Employees. Karen spends most of her time working at the municipal level, organizing and lobbying for sustainable communities.

Donald Lafleur (left) is the fourth national vice-president of the Canadian Union of Postal Workers (CUPW) responsible for staffing, education and consultation, an elected position he’s held since 1994. Lafleur quickly became involved in the union a little more than one year after starting as a postal worker back in 1978. His involvement in the environmental struggle began with making personal choices many years ago and at work when he was appointed to the CLC Environment Committee in 1996. He is also representing CUPW on the Green Economy Network, the Council of Canadians Ad Hoc Committee and the Work in a Warming World project.

Isabelle Ménard (right) has worked for the Confédération des syndicats nationaux (CNS) in Québec for the past seven years as an environment officer in the Labour Relations Department. During that time, she has led training courses and conferences for members and officers, and developed and led a research study with the Hautes Etudes Commerciales on union best practices for climate and environment issues. The report continues to be the central resource for training officers, militant-e-s and members of the CSN on environment and climate issues. Ménard received her BA in biology-ecology from the Université du Québec à Montréal, her MA in science specializing in freshwater ecology from the Université de Montréal, a diploma in environmental toxicology at Concordia University and a certificate on soil contamination. Before coming to the CSN, she worked as a field biologist and on impact studies in the private sector, as a waste management manager in the pulp and paper industry, and carried out soil contamination studies as an industrial and commercial consultant.

Andrea Peart (left) of the Canadian Labour Congress has been a committed environmental and political activist all of her life. Previously, as director of health and environment with the Sierra Club of Canada, one of Canada’s foremost environmental organizations, Peart has intervened in two Supreme Court of Canada cases and helped a number of communities pass by-laws restricting the cosmetic use of pesticides, among other successes. She has worked with the Canadian Labour Congress for seven years, primarily in government relations, energy policy and on women’s issues, before settling in as the national representative for health safety and environment. She is a labour and environmental researcher and advocate who has focused on green job creation and the urgent need for Canada to act on the climate crisis. Often looking broadly at greening the economy, Peart has long advocated for green job creation in Canada.  Firmly believing that we live in an unsustainable economy, which is already starting to have a devastating effect on nature, human health, well-being and employment, she advocates the need to move to a sustainable economy to achieve a sustainable environment that is local, low-carbon and toxin-free.

Joseph B. Uehlein (right) is the founding president and executive director of the Labor Network for Sustainability and Voices for a Sustainable Future. He is the former secretary-treasurer of the AFL-CIO’s Industrial Union Department and former director of the AFL-CIO Center for Strategic Campaigns. Uehlein spent more than 30 years doing organizing, bargaining and strategic campaign work in the labor movement. He also served as the secretary to the North American Coordinating Committee of the International Federation of Chemical, Energy and Mine Workers unions. He is a founding board member of Ceres, a member of the National Advisory Board of the Union of Concerned Scientists and served as a senior strategic advisor to the Blue Green Alliance for five years. He also served on the United Nations commission on global warming in the 1990s. In addition, he serves on the advisory board of the Future of Music Coalition. In the early 1970s, he worked in an aluminum mill as a member of the United Steelworkers of America, and on heavy and highway construction projects as a member of the Laborer’s International Union of North America.

For more information, visit the Work in a Warming World website.