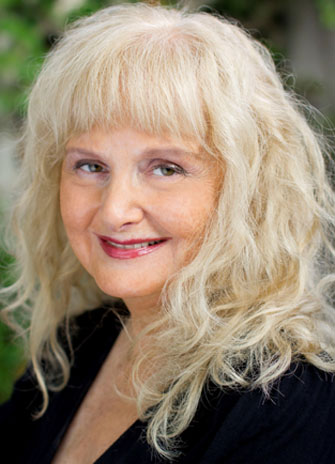 The music of our time holds a special place in the heart – and the discography – of piano virtuoso Christina Petrowska Quilico.

Constantine Caravassilis on Tuesday, Jan. 22 at the CBC’s Glenn Gould Studio, 250 Front St. West.  The concert marks the launch of her latest recording, Visions: Rhapsodies & Fantasias, a two-CD set featuring the evocative and highly original music of the Toronto composer.

Petrowska Quilico describes Caravassilis’ compositions as “visions in sound, transcending lyricism to become a dramatic opera for the keyboard.”

The CD set, released on the Centrediscs label, is the result of a two-year collaboration between the two artists. Petrowska Quilico and Caravassilis jointly received the Canadian Music Centre’s inaugural Harry Freedman Recording Award in 2010, a cash prize which helped make the recording possible.

Petrowska Quilico’s professional performance career spans more than 40 years and four continents. An internationally acclaimed champion of contemporary and Canadian music, she has premiered more than 100 works by eminent composers, many written especially for her. While she is best known as an interpreter of modern masters, she is equally at home in the standard classical repertoire. Visions: Rhapsodies & Fantasias is the latest addition to her extensive discography which comprises over 30 recordings of classical, romantic and new music.

Caravassilis salutes Petrowska Quilico not only for her vast experience in premiering and recording new music, but also for her command of the standard repertoire, as well as her formidable technique. “Discovering an odd wrong note in the score and choosing to keep it for its ‘spicier’ sound has been one of the many moments of joy in working together with this singular artist,” he said.

Caravassilis’ music is intimately connected to his Hellenic roots, drawing inspiration from ancient Greek mythology and Byzantine culture while reflecting his affinity for classical music ranging from the baroque to impressionism. Gifted with synaesthetic musical “vision”, the composer’s experience of music is intrinsically linked to color and movement.

Watch a preview of excerpts and images from Visions: Rhapsodies & Fantasias on YouTube.

This visual aspect resonates deeply with Petrowska Quilico, who is the author and illustrator of three published books, including Opera Illustrated, a critically acclaimed volume of her drawings. It’s no surprise that Caravassilis’ piano works inspired her to paint some 100 works to accompany the music. Her paintings will be shown on screen before and after the concert and during intermission, and some are reproduced in the CD program booklet, including the cover.

Admission to Petrowska Quilico’s CD launch recital is $20 for adults and $15 for students and seniors. Tickets are available in advance online from the Roy Thomson Hall box office or by calling 416-872-4255, or at the Glenn Gould Studio box office two hours before the concert.