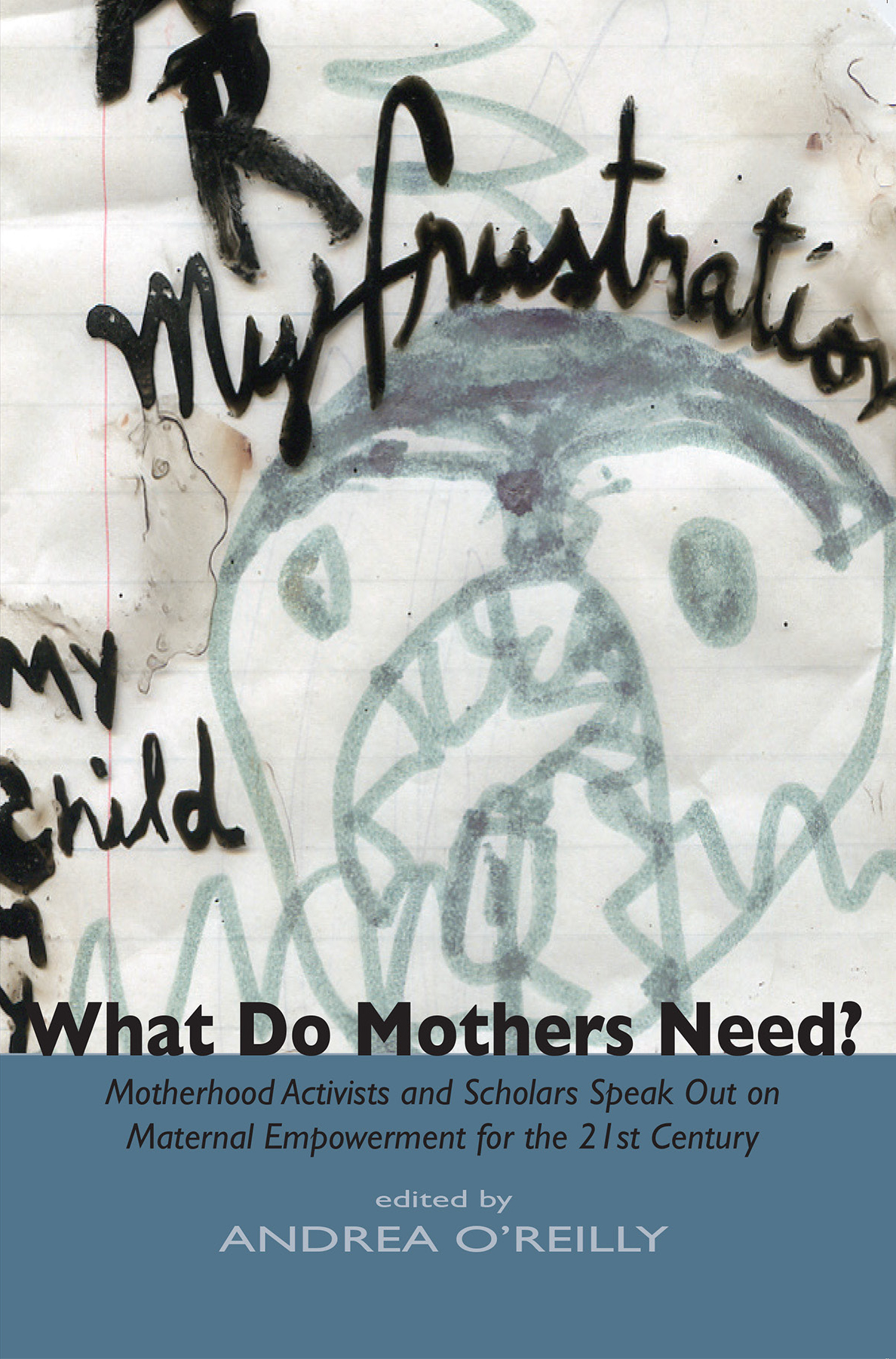 What do mothers need? A new book edited by women’s studies Professor Andrea O’Reilly looks at what mothers need in 21st century North American society to adequately care for their children while living full and purposeful lives.

What Do Mothers Need? Motherhood Activists and Scholars Speak Out on Maternal Empowerment for the 21st Century (Demeter Press) “argues that what mothers need are new models of care and family that challenge the privatization and intensification of modern motherhood,” says O’Reilly.

It shows that a theory and politic of feminism for and about mothers, what O’Reilly has termed “matricentric feminism” – mother-centred research and activism – is needed.

“Many of the problems mothers face – socially, economically, politically, culturally, psychologically and so forth – are specific to women’s roles and identity as mothers. Mothers are oppressed under patriarchy as women and as mothers,” says O’Reilly.

“If mother activists and scholars agree on anything, it is that a mother-centred feminism is urgently needed and long overdue because mothers, arguably more so than women in general, remain disempowered despite 40 years of feminism.”

O’Reilly points to the absence of mothers from the agenda of the recent Occupy movement as underscoring the urgent need for a matricentric feminism. “The voices and concerns of mothers, who do the bulk of unpaid work globally and who are underpaid in waged work, were completely absent in the movement’s agenda and activism,” she says.

But the central theme, says O’Reilly, is that “things are worse for mothers now than they were 20 to 30 years ago. There are two reasons for this: the rise of neo-liberalism over the last two plus decades and what Sharon Hays has termed intensive mothering. The forces of neo-liberalism and intensive mothering have created the perfect storm situation for 21st century motherhood, as mothers today must do far more work with far less resources.”

They examine the themes from a wide range of perspectives, including Aboriginal, Latin American, African American/Canadian, military, single, poor, young, at-home, waged mothers, and mothers with disabilities. What emerges is a need for a new “cultural conversation” on and “a reframing” of motherhood audacious enough to imagine radical and transformative ways to mother and be mothered.

The 26 chapters are organized into six sections – Redefining Motherhood; Empowering Mothers; Mothers, Children and Families: Health and Well-Being; Mothers, Education and Social Change; Mothers, Partners and Parenting; and Mothers and Work. The sections explore what changes are needed in public/social policy, health, education, the workplace, maternal support/advocacy, and the family to afford full and lasting gender equity for mothers today.

The book was developed from the 2012 public forum by the same name, which was hosted by the Motherhood Initiative for Research & Community Involvement (MIRCI).