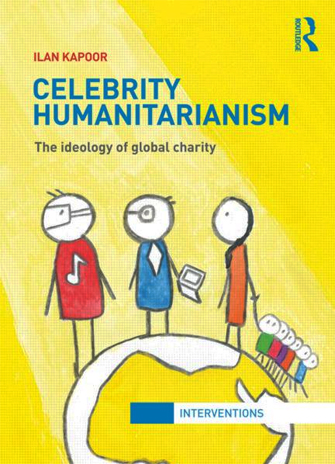 Celebrities involved in global charity work and humanitarianism often attract much attention and praise, but according to York Professor Ilan Kapoor, their actions are often self-serving, promotional and actually cause harm.

He argues that celebrities, such as Bono, Angelina Jolie and Madonna, as well as billionaires and activist non-governmental organizations (NGOs), including Bill Gates, Save Darfur and Medeçins Sans Frontières, end up doing harm with their band-aid approach by unwittingly advancing consumerism and corporate capitalism.

“Celebrity charity is most often self-serving,” says Kapoor, a professor in York’s Faculty of Environmental Studies. He points to Live 8 as an example, saying although it was billed as the “greatest show ever” in support of global humanitarianism, it was produced as a massive media event that sloganized and logoized debt and poverty and served as a marketing platform for several corporate sponsors – AOL Time Warner, BBC, Nokia.

“It also provided ‘unpaid’ artists with wide global exposure, and subsequent rises in music sales. HMV and Amazon album sales of Live 8 artists Pink Floyd, The Who, Annie Lennox, Sting/ The Police and Madonna increased by between 150 and

3,600 per cent in the week following the concerts,” says Kapoor. “In this sense, celebrity humanitarianism is not intended to save the ‘poor’ as much as help the ‘rich’.”

Although he argues against celebrity humanitarianism, he says he is not suggesting people refrain from helping marginalized people or abstain from “rescuing” those affected by disasters.  “My point, rather, is that by focusing attention and resources on the immediate crisis and short-term emergency, as celebrities tend to do, the overwhelming tendency is to tackle the symptoms rather than the causes,” he says. “It is the celebrity and media-friendly ‘personal stories’ that get the attention, rather than the wider and recurring patterns of inequality and dispossession.”

While celebrity charity work may bring media attention to humanitarian crises, the media spectacle tends to focus only on the outward and visible violence – crying mothers, dilapidated houses, destroyed roads – as opposed to the recurring patterns of social exclusion and inequality, the use of state violence against marginalized communities or the complicity of the West in perpetuating unequal trade patterns. All of these contribute at least in part to humanitarian crises in the Global South, says Kapoor.

Celebrity Humanitarianism focuses on three contemporary types of celebrity humanitarianism: the global charity work of entertainment stars; the corporate philanthropy of billionaires and big business, such as celebrity-endorsed charity products; and the humanitarian work of ‘spectacular’ NGOs, which not only pursue celebrity endorsements for their programs, but are increasingly able to achieve celebrity status themselves to boost fundraising and reach.

Kapoor is also the author of The Postcolonial Politics of Development (Routledge, 2008).