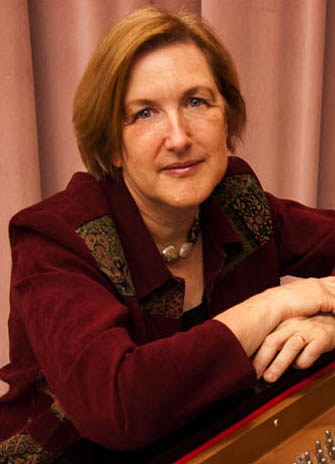 British music specialist, Professor Dorothy de Val and guest artist Charlene Biggs are “off to see the wizard” in the Faculty Concert Series of York University’s Music Department.  They will mark the centenary of the births of British composers Benjamin Britten and George Lloyd and pay tribute to Australian-born composer Percy Grainger, the titular wizard, with a performance of works for duo piano at the Tribute

“Grainger was indeed ‘a clever and skilful person’ in the modern sense of the word ‘wizard’,” said de Val, who is contributing a paper on the composer to a forthcoming volume dedicated to his work, edited by leading Australian scholars Kay Dreyfus and Suzanne Robinson. “Grainger’s ability to write all kinds of music for different instrumental combinations and his wide-ranging experiments with rhythm, harmony and form, are quite remarkable to this day.”  Far from being just the composer of popular trifles such as Mock Morris, Grainger was a real innovator and modernist.

De Val’s and Biggs’ deep commitment to British music is reflected in their choice of repertoire for the concert.  The first half of the program will feature a rare performance of Lloyd’s atmospheric Aubade and the magisterial Introduction and Rondo alla Burlesca by Britten.

After intermission comes a musical romp down the yellow brick road with Grainger’s compositions and arrangements “dished up”, in the composer’s words, for two pianos. The lineup includes Hill Song No. 2 , an unusual and haunting work  better known in its version for band; his adaptation of the  exuberant Symphonic Dance No. 1 written by his close friend, English composer Cyril Scott; and – in a nod to Grainger’s many years living in the US – his exhilarating fantasy arrangement o

De Val (who is considering wearing ruby slippers for the concert) is a musicologist and pianist whose research and performance interests include early 20th-century collectors and arrangers of English folksong, like Grainger, and collectors of Gaelic song (Frances Tolmie, Lucy Broadwood, Amy Murray and Marjory Kennedy-Fraser). She is the author of the book In Search of Song: The Life and Times of Lucy Broadwood and a contributor to musicological journals and collections. De Val’s research extends into the fields of English social dance and music of Jane Austen’s era, and she performs regularly as pianist for English country dances with her group, Playford’s Pleasure.

Biggs is a professor and coordinator of the Piano, Piano Pedagogy and Music History program at Cambrian College and a member of the piano faculty at Laurentian University in Sudbury, Ont. As a soloist and collaborative pianist, she has performed extensively throughout the U.K., including such prestigious venues as the Barbican, Royal Festival Hall and St. Martin-in-the-Fields, as well as in the Netherlands, France, Italy, Austria and the USA, and across Canada. She holds a DMA from the Eastman School of Music and, like de Val, began her studies with famed pianist and pedagogue Boris Berlin in Toronto.

The Wizard of Oz, featuring pianist Dorothy de Val with guest artist Charlene Biggs, is the third of four performances in the 2012-2013 Faculty Concert Series spotlighting faculty artists in the Department of Music at York University. The series concludes Feb. 28 with a concert by jazz composer and drummer Barry Elmes.