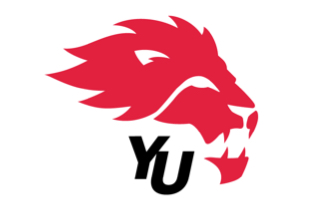 The York University Lions men’s soccer team won their first game of the regular season against the University of Windsor Lancers with an impressive 5-0 win at Alumni Field on Sunday, Aug. 26.

The game was action packed from the beginning and the Lions wasted no time pressing the action against the Lancers. At the 13-minute mark York’s Steve Kloutsouniotis fired a shot on goal but Lancers’ goalie Shawn Hunter made a nice save to keep the score at 0-0.

Soon after Kloutsouniotis’s attempt, Lions midfielder Cristian Cavallini scored the first goal of the game on a penalty shot at the 21-minute mark.  This was the beginning of a strong game from the Lions, with Kloutsouniotis continued firing his shots throughout the first-half of the game, registering two more by the end of the first half. More details on the York Lions website.

Two nights earlier the Lions opened the regular season at home against the University of Mustangs on Friday night and came away with a 1-1 tie in a hard-fought game at Alumni Field.

The Lions opened the scoring in the 55th minute on a goal by forward Chris Jacovou in his first game in a Lions uniform. Jacovou, who spent last season at Saginaw Valley State University, scored from in close on a crossing pass to give the Lions a 1-0 lead. More details.

The York University women’s soccer team won their first game of the 2018 season against the University of Windsor Lancers with a massive 3-1 win at Alumni Field on Sunday.

After a slow start to the game, York Lions’ Christina Morelli provided some action for the spectators when she crossed the ball in front of Windsor’s net at the 23-minute mark but was deflected by a Windsor defender who kicked the ball wide.

Windsor used that momentum for their own gain at the 36-minute mark when Lancers forward Kaitlyn Austin scored the first goal of the game to put the Lancers ahead of the Lions 1-0. More details.

On Friday, the Lions suffered a 5-2 defeat at home to the Western University Mustangs in their first game of the 2018 season.

The game opened with both teams having chances in the first 20 minutes. Lions midfielder Farkhunda Muhtaj shot wide at the 14-minute mark, followed by a great scoring chance by Western where Lions starting goalie Tamara Orlando came out of the net to stop the Mustangs in close. More details.

The York Lions started the 2018 football season with a strong first half but were unable to pick up an opening day victory as they lost to the Queen’s University Gaels by a score of 42-21 on Sunday afternoon at Alumni Field.

Lions quarterback Brett Hunchak had a solid 2018 debut as he threw for 370 yards on the day along with two touchdowns and one interception. The Lions outpaced the Gaels in total offense netting 454 yards to Queen’s 439 yards and held the lead late in the first half. A late Queen’s touchdown gave them a 17-12 lead at the half, and a big fourth quarter that saw them score 22 points ended up being the difference. More details.