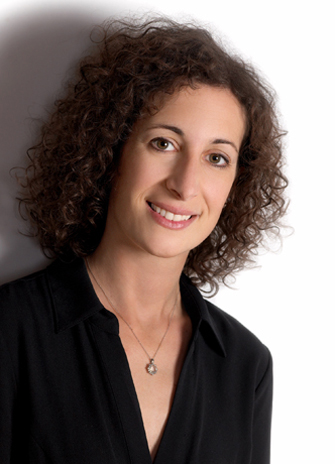 York University Faculty of Health Professor Shayna Rosenbaum, of the Clinical Neuropsychology Stream of the Department of Psychology and the Centre for Vision Research, is the recipient of a prestigious award that recognizes research contributions by an individual who is less than 10 years post completion of doctoral or postdoctoral training.

The International Neuropsychological Society (INS) will award Rosenbaum with the INS Award for Early Career Research for her “substantive independent contribution to research in the area of brain-behaviour relationships.”

Those considered for the award are expected to have a national reputation with potential for international recognition by peers.

INS is a society that brings together researchers studying brain-behaviour relationships.

Rosenbaum, a researcher who is also trained as a clinical neuropsychologist, has focused her recent studies on how memory is represented in the brain and how it changes in healthy aging and following lesions to specific brain regions.

Her work was recently featured in Current Biology, which reported the study of a person with rare selective lesions the dentate gyrus, a brain structure located within the hippocampus that is strongly associated with the development of new brain cells and in discriminating similar memories so that they are coded as separate traces.

As part of the recognition, which takes place at the INS 50th Anniversary meeting in New Orleans in February 2017, Rosenbaum will deliver a presentation on the significant role of studying single cases,  how they lead to new discoveries and hypotheses that steer the field in new directions.

“Using memory as an example, I will discuss recent findings from neurological case studies that specify critical functions of the hippocampus in memory and spatial navigation, and clarify its role in non-memory abilities, such as decision-making,” said Rosenbaum. “This work provides novel insight into how the hippocampus interacts with other brain structures and better characterizes the areas of impairment observed in populations with compromised hippocampal function, such as in Alzheimer’s disease, epilepsy, encephalitis, and traumatic brain injury.”

Rosenbaum said this international award is “the greatest honour I have received” and said INS is a society that she strongly identifies with.

The award, she added, is also a nod to the work of her students.

Rosenbaum is also a member of the newly established Vision: Science to Applications (VISTA) program at York University, a $33.3-million Canada First Research Excellence Fund (CFREF) grant that supports research across a wide range of applications of vision science, from basic visual function, to computer vision and object recognition, and more.