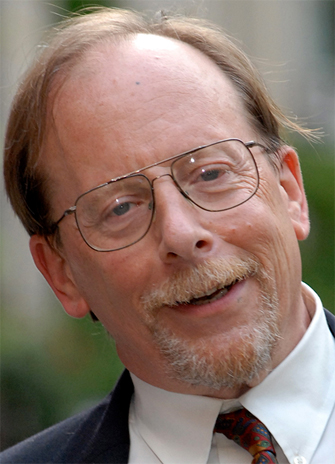 Editor’s note: This lecture has been cancelled due to a post-publication notice that Professor Movshon is ill.

Each year, the Centre for Vision Research (CVR) at York University hosts a series of talks known as the Ian P. Howard Memorial Lectures, named for the founder of CVR, Professor Ian Howard, who died in 2013. J.

J. Anthony Movshon, University Professor, Silver Professor and Professor of Neural Science and Psychology at New York University will present the next Ian P. Howard Memorial lecture on Friday, Nov. 4 at 2pm in the Senate Chamber, N940 Ross Building. A reception will follow.

In his talk titled, “Brain mechanisms of visual form perception” Movshon will explore how information about elementary visual features is transformed into the specific representations of scenes and objects found in areas higher in the visual pathway.

Specifically, he will outline the perception of complex visual patterns emerges from neuronal activity in a cascade of areas in the primate cerebral cortex. Neurons in the primary visual cortex (V1), represent information about the local orientation and scale of image elements, but in the next downstream area, (V2), cells respond more vigorously to stimuli containing naturalistic statistical structure than to matched control stimuli without that structure.

The ability of human observers to detect naturalistic structure is well predicted by the strength of responses in V2, and the population representation in V2 also predicts perceptual similarity. Humans show BOLD functional Magnetic Resonance Imaging (fMRI) responses that are consistent with neuronal measurements in subjects. Downstream of V2 the representation of true natural scenes becomes a more prominent driving feature of the cortex. These results reveal how information about elementary visual features is transformed into the specific representations of scenes and objects found in areas higher in the visual pathway.

Movshon works mostly in two broad areas. The first is concerned with the analysis of the functions of the visual areas of the primate cerebral cortex, with special emphasis on the roles of those areas in processing information about visual motion, form, and color. He is particularly interested in the relationships between visual signals in these areas, and the perceptual decisions and motor activity they support. The second group of projects focuses on the functional development of the cortical visual system, and on the way that development is affected by forms of abnormal early visual experience that produce a visual system disorder known as amblyopia. His work seeks to uncover the links between brain activity and behavior by studying the relationship between neural activity in the visual system and its perceptual and motor consequences.

His work has been cited more than 24,000 times. He has been awarded the Antonio Champalimaud Vision Award (2010), the Karl Lashley Award of the American Philosophical Society (2013) and the Golden Brain Award from the Minerva Foundation (2013). He is a Senior Fellow of the Simons Society of Fellows and a non-resident fellow of the Salk Institute for Biological Studies.

He received his doctorate from Cambridge University, where he studied visual neurophysiology and psychophysics. He joined the faculty of the Department of Psychology at New York University in 1975 and has remained there apart from a sabbatical year spent at Oxford University. In 1986, his laboratory moved to the newly formed Center for Neural Science.

The series is named after Ian Howard (1927-2013). He was a brilliant scientist who made important contributions to our understanding of perception, sensory systems and our sense of orientation. He was also known for his ability to relate cutting edge science to its historical roots, see http://vimeo.com/65518045.

Howard accumulated a widespread international reputation and a devoted following in the scientific community. He came to York University in 1966 and remained an active researcher until he died. He founded the Centre for Vision Research (originally known as the York Vision Group) in the 1970s – a precursor to the “organized research units” that provide structure to York’s research today. The Centre for Vision Research represents his thriving legacy.