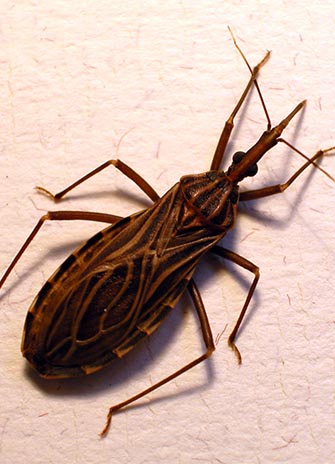 The power of insects to influence global health and agriculture is well documented. In particular, the effect of the Zika virus disease, which is a mosquito-borne disease caused by Zika virus, represents one compelling and powerful example of the impact insects can have on global events such as the 2016 Summer Olympic Games.

Researchers and scientists from Ontario, the United States, Europe, China and Western Asia are gathering in St. Catharines, Ontario for the Insect Biotech Conference and annual scientific meeting June 8 to 10. Organized by York biology Professors Jean-Paul Paluzzi and Andrew Donini, the conference brings together some of the leading researchers in entomology to discuss and explore developing trends and new research findings in the growing area of insect biotechnology.

Insect biotechnology explores the use of insects in medicine, agriculture and industry. It also explores ways to limit the negative effects of insects, such the black-legged tick and other blood feeding insects, and the threats posed by the emerald ash borer and the potato beetle.

The conference kicks off June 8 with a presentation by Professor Peter Piermarini of the Department of Entomology at Ohio State University. He will speak on “Insect Molecular Physiology in a Time of Zika”. Piermarini’s research focuses on the Malpighan tubules or “kidneys” of insects, in particular the mosquitoes, which are the primary carriers (vectors) of viral based illnesses such as the Zika virus, yellow fever and Dengue fever. Mosquitoes are also the primary vectors of malaria.  His research seeks to identify key genes and proteins involved with urine production by mosquito Malpighian tubule with the goal of finding a way to interfere with the process to limit mosquito-borne illnesses.

On June 9, 16 research papers will be presented. The researchers offer findings on a wide range of projects exploring such topics as cold tolerance of drosophila, the discovery of insulin-like peptides in the vector of Chagas disease, interfering with mosquito larval development and more.

On June 10, participants will hear results from another 17 research papers that explore an array of topics, some of which include pesticide resistance in the Colorado potato beetle, heat shock protein genes in the spruce budworm and chemosensory protein genes drawn from the emerald ash borer.