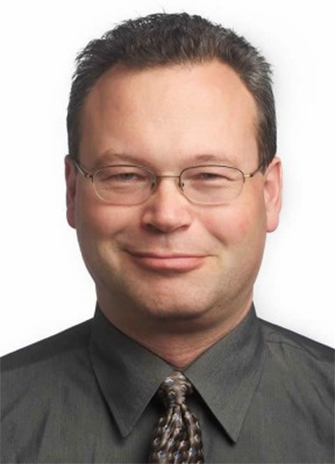 Faculty of Health Professor Doug Crawford has won this year’s Sarrazin Award Lectureship from the Canadian Physiological Society (CPS), and is the first faculty member of York University to receive the honour since the award’s inception in 1976.

The lectureship is awarded to a person for recognition of outstanding contributions to research in physiology, and is named after Michel Sarrazin, Canada’s first physiologist. Recipients of the honour present a one-hour lecture – the Sarrazin Lecture – at the annual CPS meeting, this year to be held on May 29 in Toronto.

Crawford, who has been with York since 1995 and started research in neuroscience nearly 30 years ago, is a Distinguished Research Professor of neuroscience, and Canada Research Chair in Visual-Motor Neurosicence. He also has appointments to the York Centre for Vision Research, the departments of Psychology, Biology, Kinesiology & Health Sciences, and the Neuroscience Graduate Diploma Program.

Nominated for the lectureship a by colleague at the University of British Columbia (UBC), Miriam Spering, Crawford will deliver a lecture on the neural mechanisms of vision, memory and movement in gaze control systems. His recent work is focused on investigating what sort of visual signals are remembered in these systems,  how that information is updated when the eyes move, and how this is used to produce action commands for eye and head movement.

Though Crawford notes that he’s “not the most senior researcher in the field”, he’s honoured to receive the recognition from CPS.

“It’s especially nice when someone from another university nominates you,” he says. “It feels good to be acknowledged by peers for a lifetime of work.”

The lecture also holds special significance for Crawford, who is currently the national coordinator for the Canadian Action and Perception Network (CAPnet). The May 29 CPS meeting is being sponsored in partnership with CAPnet as a satellite symposium for the annual Canadian Association for Neuroscience (CAN-ACN) meeting, and will be the final CAPnet event before Crawford steps down from that leadership position.

“This will be my last event heading CAPnet, and now I will be delivering the keynote lecture,” he says.

During his career, Crawford has published more than 130 papers. His research discoveries include the neural integrators for 3D eye and head orientation in the midbrain, and gaze-centered updating of reach goals in parietal cortex. For this research, he has received numerous awards including the 1995 Polanyi Prize for Physiology/Medicine and the 2004 Steacie Prize.

At York, Crawford has graduated more than 30 PhDs and post-doctoral fellows. He helped found the York Neurophysiology Labs, the CIHR Strategic Program in Vision Health Research, the York Graduate Diploma Program in Neuroscience, and CAPnet. Most recently he co-founded the Brain in Action International Research Training Program, which he leads on behalf of Canada.

“This (honour) very much reflects on York, the VPRI office, and the Faculty of Health, as well as my wonderful colleagues at the Centre for Vision Research,” he says. “I’m very proud to be part of this group.”