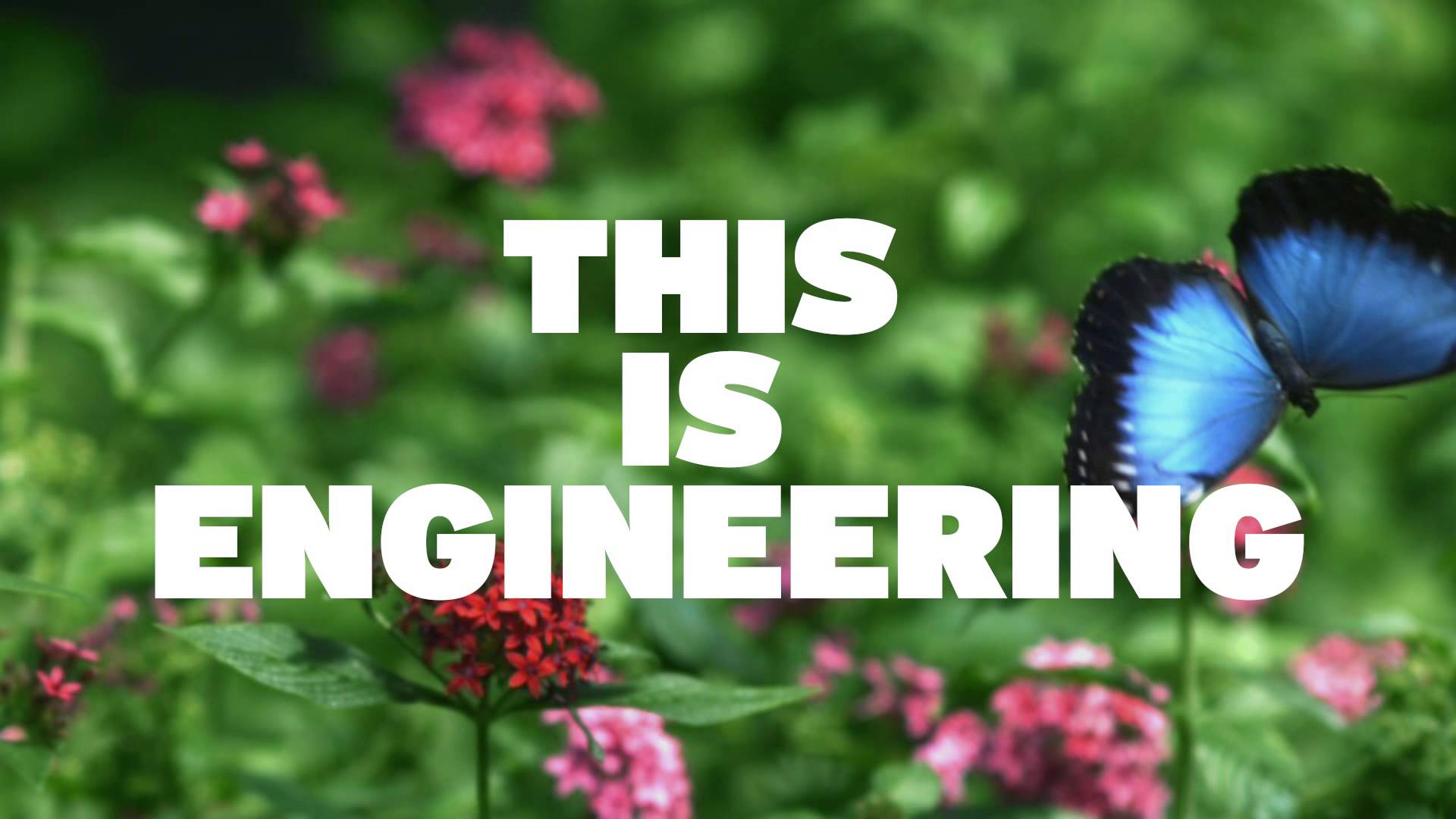 The Lassonde School of Engineering has announced the recipients of the 2015 Lassonde Scholarship, one of the most generous awards available to students who demonstrate the traits of a future “renaissance engineer.”

Endowed by founding donor Pierre Lassonde, the Lassonde Scholarship is available to students in Canada, with a value of up to $80,000 over four years.

Candidates considered for the award must demonstrate creativity, passion, ingenuity, rational thinking and confidence in all aspects of their life, including academic pursuits, extracurricular activities and personal interests.

This year, there are 14 such students with bright young minds whose energy and ideas will enrich life at Lassonde.

Haaniyah Ali is a first-year mechanical engineering student who comes to Lassonde from Holy Name of Mary Catholic Secondary School in Brampton, Ont. In high school, Ali proved to be a charismatic leader and innovator. In addition to her stellar grades, she co-chaired the Social Justice Club, leading events and organizing initiatives.

Ali proved to be a motivated entrepreneur when she founded an annual volunteer fair to connect non-profit organizations with students to offer volunteer opportunities. She doesn’t let naysayers dissuade her when she is determined; despite discouragement, she successfully painted a replica of van Gogh’s “Starry Night” in her final year of high school.

Andre Barreto is a first-year computer science student who has an impressive list of leadership and academic accomplishments. As part of the Shad Cup at Queen’s University, Andre developed an app that encourages Canadians to get outdoors.

While a finalist in the Innovation Robotics competition, Barreto developed a robot – esthetics, packaging and business components – that helps customers park their cars in the garage. In addition, he has amassed a roster of prizes, including Ontario Scholar, honour roll and a Business Organization Studies Award.

Cameron Boyce is a second-year electrical engineering student who has demonstrated both engagement and leadership in the Lassonde community in his first year at the school. He has been working as a peer mentor coordinator, developing various mentor training resources. He is also a member of the peer leadership subcommittee at Bethune College.

Boyce oversees the RaiseYourVoice student initiative through the Lassonde Student Government, where he works to ensure student issues are brought to the attention of decision makers. Most recently, he was part of the team of students that established an Engineers Without Borders chapter at Lassonde, where he took on the role of global engineering lead.

Ryan Clark is a second-year earth and atmospheric science student who has, for many years, been a peer tutor for students in math and science courses. He has been a leader in supporting others academically, both in high school and university.

Clark’s mentoring and volunteering experience extends well beyond his mastery of formulas in the classroom. He has practised Brazilian ju-jitsu for years and worked as an instructor teaching children aged of five and 15. Clark was also part of his school’s wrestling team, and was an assistant instructor in a weekly Muay Thai class.

Germiel Cacho is a first-year mechanical engineering student whose passion for tech design and mathematics in high school led him to Lassonde. While in school, Cacho participated in various projects, including building a Rube Goldberg machine and designing high school floor plans. For a final project, Cacho developed his own quadcopter.

As a leader in his school, Cacho tutored fellow students in AutoCAD and volunteered for various charitable events, including walkathons, food drives and clothing drives.

Felipe Gonzalez is a first-year space engineering student who brings inspiring community and academic leadership initiatives to Lassonde. In high school, Gonzalez won numerous science and math competitions. Additionally, he was the president of his high school’s Senior Reach for the Top, a multi-school academic quiz competition.

Gonzalez was also a staff writer for the school newspaper and a member of the Royal Astronomical Society of Canada, Toronto Centre. In his community, he was a youth leader and church council representative. He also organized a film festival, ran a charity food drive and canvassed door-to-door for mayoral candidate John Tory.

Sam Guraya is a first-year electrical engineering student who is an award-winning community leader and peer mentor. He has devoted his time to tutoring in Camp I Can for students who are struggling academically. He has also volunteered at Malton Village Long Term Care Centre, assisting residents with various activities and events. For his hard work and dedication to his community, Guraya won a community service award presented by Mississauga Mayor Bonnie Crombie and Jagmeet Singh, MPP of Bramalea-Gore-Malton.

In high school, Guraya was a part of his Student Activity Council (SAC) and he organized various school events including a barbecue, a carnival and a semi-formal. He was in his high school band and part of the school’s Reach for the Top team.

She received the York Secondary Catholic Presidents’ Council breakout award for outstanding leadership, in addition to the Trustee Michael Carnovale Award and the Antonia Pinelli Pathfinder Award. Talebi has volunteered at FIRST Lego League Canada as a tournament director and taught principles of robotics to elementary school children at Richmond Hill Public Library.

Semi Hasaj is a second-year space engineering student. He received the Paul Stanbury Award for leadership in mathematics at his graduation and organized tutoring sessions for fellow students in his local library.

Hasaj was also a part of Antibes Multicultural Festival, an event that hosts hundreds of community members annually. He worked as a summer camp leader for the City of Toronto for the past three years, running a variety of interactive learning activities including “Science with Semi” and “Haunted House Designing.”

Sarah Karam is a second-year electrical engineering student who has helped to mentor students and build a strong sense of community. This summer, she interned at Bombardier Aerospace with the wiring group.

In high school, Karam was selected as a peer minister for students in Grades 10 through 12. There, she supported incoming students and helped them get oriented to life in high school. She worked with students to make sure they adjusted well, and she also organized various events.

Simin Lin is a second-year computer engineering student who has been actively involved in student life at Lassonde since starting last year. Most recently, he worked with a Lassonde professor to design a second-year mechanical engineering course. He also served as a class representative for Physics 1800, finishing with top grades.

Lin is currently a peer mentor and student member of PARR (Lassonde Faculty Council Committee). He is also part of a team of entrepreneurs that will be competing in the upcoming SpaceX Hyperloop Pod Competition.

Adib Nasehi is a first-year civil engineering student who has demonstrated leadership skills in an academic environment, as well as in the industry. He was instrumental in founding the “Seneca Society of Civil Engineering Technologists” with fellow students at Seneca.

Nasehi organized and hosted the national engineering conference at the college to connect employers with students. As a licensed gas technician, he gained hands-on experience working in the industry while studying. He also volunteers at Toronto’s community gardens and plays soccer as a forward striker for his local adult soccer league team.

Oskar Niburski is a second-year software engineering student who brings to Lassonde a wide range of life experiences and entrepreneurial initiatives. Niburski has most recently been working at Hockeystick as a full-stack web developer, completely rebuilding the application. He is also the co-founder of QuickHaps and was a developer for Raiseanaim Inc. and Bitmaker Labs.

In addition to his impressive portfolio of projects, Niburski is one of the winners for York Engineering Competition and he took fourth place in the web development contest organized by CS HUB. He is a former 20under20 Thiel Finalist for chemistry research.

In 2014, Niburski was selected to be part of the Lassonde-Technion Intensive Summer Program in Entrepreneurship, where a group of students spent three weeks in Israel learning how to start a new venture.

Alexandre Seguin is a first-year computer science student whose artistic interests and community activities complement his commitment to his studies. Seguin was a section leader for his high school band and part of the Barbershop quartet.

His passion for environmental science led him to volunteer for EcoExpo and the City of Ottawa. Always ready to mentor struggling students, Seguin was the go-to tutor for physics and mathematics for his peers.