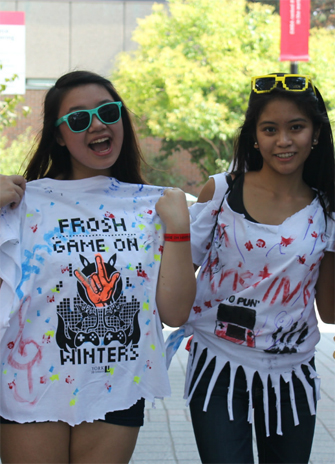 Volunteer “Frosh Bosses” swarmed the Keele and Glendon campuses on Saturday to help out with heavy boxes and show new students around campus. Parents of new students also experienced their own orientation to York University, which included a warm welcome from York President & Vice-Chancellor Mamdouh Shoukri.

As part of Orientation 2015, parents and students learned what to expect during the first year at university from faculty, staff and upper-year students.

Check out the Twitter hashtag #WeAreYU for more on York University’s orientation.