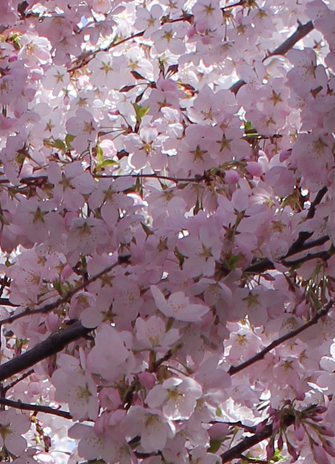 Some 250 Sakura Cherry trees are now in full bloom on York University’s Keele campus. The Japanese flowering cherry tree, or Sakura, is a revered symbol of Japan. Its blossoming marks the arrival of spring and is celebrated in Waka and Haiku poetry and with annual Hanami, or flower-viewing picnics under the full blossom of the Sakura.

The delicate trees were planted as part of the Japanese government’s Sakura project, symbolizing the long-standing close relationship between Japan and Canada and York’s many cultural and academic ties with Japanese institutions. In 2003, York University was the first university in Canada to participate in the Sakura Project, which had a goal of planting 3,000 trees in Ontario by 2005. More than a decade later, the trees planted on the Keele campus continue to thrive.

One of the best displays is situated beside Calumet College. Trees are also located in pockets around the Keele campus, including a group outside of the Tait McKenzie Centre. The magnificent display will be short lived and is worth viewing.