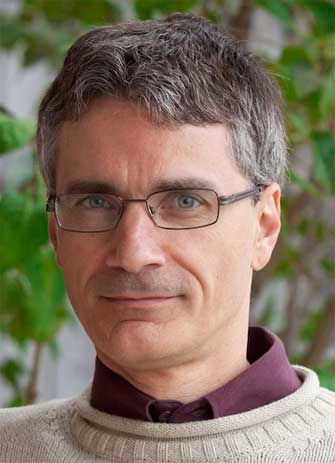 An international team of researchers announced Nov. 19 the discovery of two new particles in the baryon family, which makes them cousins of the familiar proton and neutron.  The LHCb collaboration at CERN, the European Organization for Nuclear Research, used CERN’s Large Hadron Collider to make these discoveries.

The masses of these particles, named Xi_b’- and Xi_b* – had been predicted in a paper published in 2009 by York University physics Professor Randy Lewis and Richard Woloshyn, scientist at the TRIUMF Lab in Vancouver, using a supercomputer approach called lattice QCD.

“The prediction of the existence and masses of these particles is a tour de force of theoretical and computational physics. It is a fantastic accomplishment of Randy’s, who is working at the very edge of theoretical physics as well as pushing supercomputer capabilities to the limit,” said Roman Koniuk, chair of the Department of Physics & Astronomy at York University.

“This uses the most fundamental theory of quarks and gluons to explain the quantum physics inside these tiny new Xi particles,” said Lewis.

Lewis is continuing his use of lattice QCD to study other combinations of quarks and gluons that can also be pursued by experimental laboratories like CERN.

To learn more, read the news stories on the discovery published by the CBC News, The Globe and Mail and the Toronto Star.