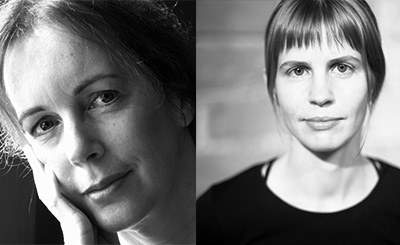 Frid, a 1987 graduate of Osgoode, is a playwright. Her work deals with issues such as domestic terrorism, drug testing, homelessness and the disabling of athletes through competitive sports. Frid’s plays have been presented across North America and she is a member of the Playwrights’ Guild of Canada, Playwrights’ Workshop Montreal and the International Centre for Women Playwrights.

In conjunction with Osgoode students, Frid plans to explore and create a dramatic stage play about informants and whistle blowers. The project will provide insights for Osgoode students through the creation of theatre from their research and experiential role playing, which will break down the divide between theatre creator and audience.

Lassonde is a performance artist and social justice lawyer, holding an LLM in law and society from the University of Victoria and a BCL and LLB from McGill University. Her work involves movement, sound and manipulation of objects. She has performed in a variety of settings from academic conferences to private galleries and is the recipient of grants from the Ontario Arts Council. In addition to her work in the performing arts, Lassonde acts as a legal consultant to a variety of organizations including the Barbara Schlifer Commemorative Clinic.

As one of Osgoode’s artists in residence, Lassonde plans to create original performance and installation work involving students in the creation process.

The Osgoode Hall Law School Artist in Residence Fellowship brings artistic creativity together with the exploration of justice and the law. Annually, Osgoode brings in an artist or artists, from any discipline, to work on projects focused on interpreting legal history, examining law’s realities today and imagining law’s future, whether in Canada or elsewhere in the world.