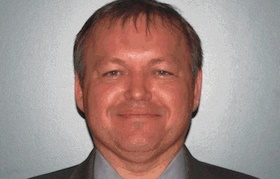 As a result of an election at large, Dragan Spasojevic has been nominated by full-time non-academic employees for membership on the Board of Governors. He replaces Debbie Jamieson who has ably served since July 2004.

Upon confirmation by the board, he will begin serving a two-year term effective July 1. Spasojevic is the manager of Community Relations & Crime Prevention at York University. He will join Salvatore Paneduro who was appointed last year to the second board seat for non-academic employees.