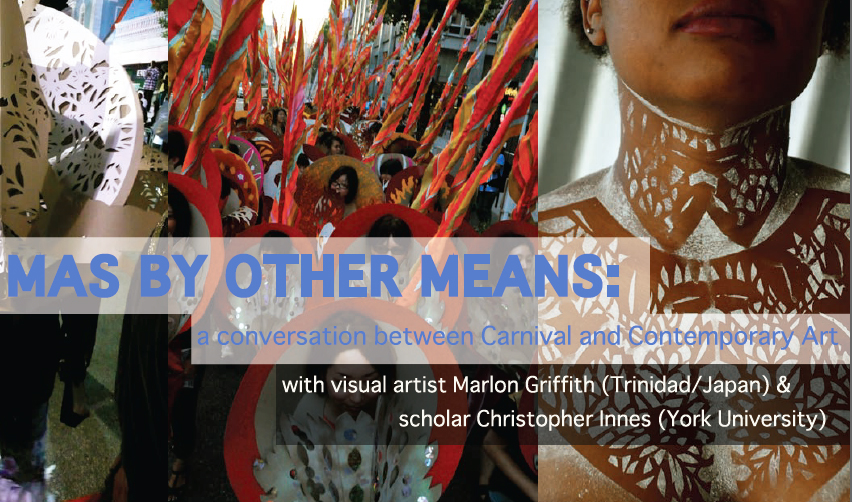 “Mas by Other Means: A Conversation between Carnival and Contemporary Art” will take place Feb. 4, from 3:30 to 5:30pm, at 519 Kaneff Tower, Keele campus. It is presented by the Art Gallery of York University and the Centre for Research on Latin America and the Caribbean. Everyone is welcome to attend this free event.

Innes will speak about Peter Minshall’s work with Carnival in Trinidad and about the carnival photographs of Jeffrey Chock. A Trinidadian photographer, Chock documented Carnival, theatre and dance performances in his country over many decades, leaving behind an extraordinary document of Trinidad’s mas traditions and their echoes across different artistic forms at his recent death. Chock’s photographs are published in Trinidad Carnival (2006), and his collection is currently being digitized at York University.

The author of 15 books and more than 120 articles on various aspects of modern drama, Innes holds the Canada Research Chair in Performance and Culture at York University, where he is a Distinguished Research Professor. Since his grandfather took him to see Peter Pan at the tender age of four, he has been fascinated by theatre, and his work has focused on the connections between performance and society. His most recent books are Carnival: Theory and Practice, edited together with Brigitte Bogar (2012), and The Cambridge Introduction to Theatre Directing (2013). He is a Fellow of the Royal Society of Canada, and of the Royal Society of Arts in the United Kingdom, as well as a Killam Fellow. For more information, visit Christopher Innes’s website.

Beginning his career as a ‘Mas’ man for Carnival, Griffith’s current work derives its form (and to an extent its process) from the performative, participatory, and ephemeral characteristics that derive from Carnival. His work is based upon a reciprocal dialogue between ‘Mas’ (the artistic component of the Trinidad Carnival) and contemporary art as a means of investigating the phenomenological aspect of the embodied experience while interrogating contemporary visual culture outside the traditional pitfalls of representation.

Often taking the form of street processions, Griffith’s performative actions are stripped down to their basic form and abstracted to create new images and narratives that respond critically and poetically to our socio-cultural environment.

Griffith will speak about his recent projects in the context of movement, both in the processional sense of bodies-in-motion but also as forms-in-translation. How does the movement of cultural forms from one location to another – for instance from Trinidad to Japan, or Cape Town, or Toronto – or from one context to another – from Carnival to contemporary art – change the meaning and potential of the form itself. How does the migration of forms change the places they move to? Or the contexts they are presented in? How do performative forms of colonial cultural resistance in the America’s engage with other public manifestations of solidarity, such as recent protest movements worldwide?