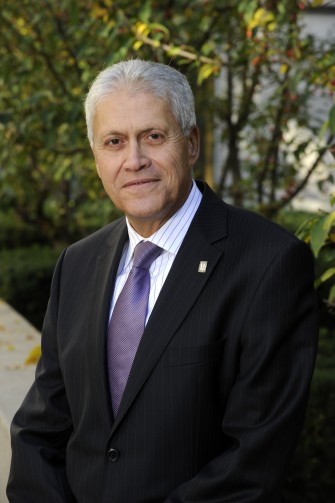 A story in the October issue of Toronto Life magazine titled “Fortress York” presents a wholly distorted picture of women’s safety on the campus of York University. The article employs one out-of-context statistic to make sweeping and misleading generalizations that foster an atmosphere of fear in the York community and beyond, and cause undue reputational and other damages to the University.

On its cover, the magazine suggests that York’s campus has been the site of a disproportionately high number of rapes. This is patently false.

The article also characterizes the campus as a “hunting ground for sexual predators,” using language that is inflammatory and baseless.

Distorting and misrepresenting facts may help to sell magazines, but it does nothing to address the serious issue of sexual violence.

The unfortunate reality is that no community is entirely safe. York does not exist in a bubble, either. As a society, we all face the challenges of addressing violence against women.

York is safe. Toronto Police Service data shows that “York University Heights” had 17.7 reported sexual assaults per 10,000 residents in 2011; the downtown neighbourhood that encompasses the University of Toronto had  27.1 sexual assault incidents per 10,000 people; and the “Church-Yonge Corridor”, where Ryerson University is located, had 21.2 occurrences per 10,000 people. While there is no acceptable number of sexual offences, York’s incidence rate is lower than similar-sized communities.

The writer reports that there were “at least 17 sexual offences, including assaults and harassment,” reported on York’s campus in 2012. While everyone has the right to feel safe and we are in no way diminishing the severity of any of these occurrences, it is false to categorize all of the incidents of sexual assault as rape. It is important to recognize that the charge of sexual assault in the Canadian Criminal Code is a broad, inclusive charge that covers the widest possible range of sexual offences, from any form of unwanted sexual contact to rape.

Furthermore, the writer compares the number of reported incidents on U of T’s downtown campus to those at York while failing to provide this important piece of context: Both U of T and Ryerson University are located in the middle of downtown Toronto and are integrated into the surrounding non-university neighbourhoods.

An incident involving a student at the corner of Bloor and St. George Streets or at Yonge and Dundas, both steps from their respective campuses, is not likely to be connected to those institutions. However, occurrences near York’s campus are frequently attributed to York, including two incidents referred to erroneously in the article.

We do not find these comparisons helpful in any case because the only acceptable number of incidents of sexual violence anywhere is zero.

Nor do we accept the characterization of the Jane-Finch community as “notoriously crime-ridden.” These are York’s neighbours, and we have a long and rewarding relationship of working together.

Instead of spreading distortions and misinformation, Toronto Life would better serve its readers by sticking to the facts and focusing on sexual violence as a societal concern, rather than portraying this serious issue as someone else’s problem.

York University is proud to take a leading role in helping to end violence against women. Over the past several years, the University has taken a number of steps to ensure, to the extent we are able, that York is as safe as possible. Those steps include education and awareness programs, improved infrastructure, enhanced staffing and forums for open dialogue. We are also committed to sharing serious safety-related information with our community. We firmly believe that all universities and colleges should be similarly transparent.