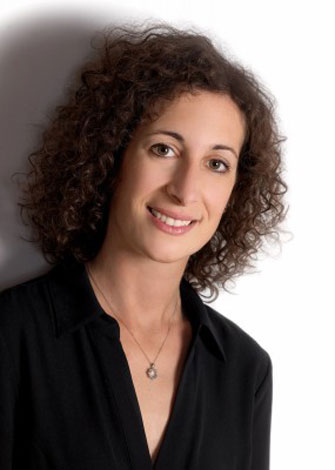 York psychology Professor Shayna Rosenbaum will receive the Canadian Association for Neuroscience 2013 Young Investigator Award at the opening ceremony of the upcoming annual meeting in Toronto Tuesday, May 21.

learning and memory in patients with memory impairment.

“I feel very fortunate and honoured to have been selected to receive this award, especially because it also represents the achievements of undergraduate and graduate students in my lab with whom I have had the privilege to collaborate. It also recognizes cognitive neuroscience as a valuable discipline,” says Rosenbaum of the Faculty of Health.

Her work has allowed her to further an understanding of the different forms of memory and how these are represented in the brain. Her research has also investigated the effects of specific brain injuries on learning and memory, and of the social and personal effects of amnesia. Rosenbaum is also examining strategies that may be used by amnesic patients to compensate for the changes in the way their brains work.

“My work continues to be inspired and refined by the theoretical and methodological discoveries of the neuroscience community of York University,” she says.

The Canadian Association for Neuroscience contends that Rosenbaum’s publication track record demonstrates the importance of her research contributions. She has authored 40 publications, published or in press, many in prestigious journals, such as Science or Nature Neuroscience. Twenty of these publications were produced in the last three years alone. Her work has gained media attention from many of the top news sources in Canada (CBC News, CTV, the Toronto Star and National Post) and the United States (USA Today and The New York Times). She has also served as expert commentator for the journal Nature, CBC radio, the Canadian Press and The Globe and Mail, further highlighting her capacity to explain the complex nature of memory formation to the public.

She has received many awards, including the 2010 Sloan Research Fellow in Neuroscience.  The Sloan award has been an excellent predictor of research superstars in Canada and the U.S.

Rosenbaum is a great example of a Young Canadian Neuroscientist who not only excels in her field of research, but is also a great ambassador for neuroscience research in Canada. She was nominated for the award by York Professor Douglas Crawford, Suzanna Becker of McMaster University and Donald Stuss of the University of Toronto.

More information about Rosenbaum and her research can be found on her Cognitive Neuroscience Lab website.