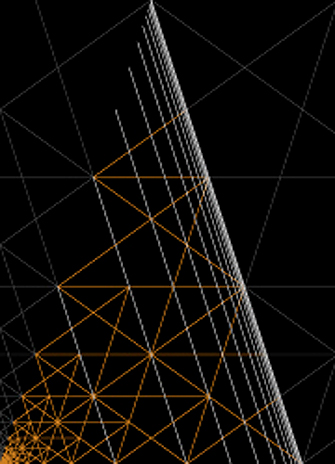 The launch features a keynote lecture by Paola Antonelli, research director and curator at the Museum of Modern Art (MoMA) in New York, and an interactive exhibition showcasing digital media research under way in the Faculty of Fine Arts.

“We have so many outstanding researchers doing cutting-edge work in this field in dedicated labs across the Faculty and beyond,” says Faculty of Fine Arts Dean Barbara Sellers-Young. “Sensorium lets us link up and leverage their creative expertise, connections and facilities to foster new collaborative and cross-disciplinary research and encourage more community and industry partnerships.”

Sensorium’s mandate is to support work in application and content creation, the intersection of artistic and scientific inquiry, policy development and critical discourse in digital media arts.

“It’s a catalyst for new ideas and experimentation,” says the Faculty’s Associate Dean of Research Michael Longford, and a pivotal force in the establishment of Sensorium. “We’re launching with six labs and four dozen researchers as full and associate members. Sensorium provides a framework to advance and expand this creative convergence and the innovative research it engenders.”

Sensorium opens its doors Friday, April 26 with a public presentation at 3pm by Paola Antonelli, director of research and development and senior curator in the Department of Architecture and Design at MoMA. In her talk, titled “Technology, Science and Design: The New Frontiers”, she will speak to the catalytic intersection of technology, science and design today.

The recipient of the Smithsonian Institution’s prestigious National Design Award, “Design Mind”, Antonelli was named one of the 25 most incisive design visionaries by Time magazine in 2007 and was inducted into the Art Directors Club Hall of Fame in 2011. She has curated many memorable exhibitions for MoMA, including SAFE: Design Takes on Risk, Design and the Elastic Mind and Talk to Me: Design and the Communication between People and Objects. She has also curated architecture and design shows in Italy, France and Japan. Her current projects include several exhibitions on contemporary design and Design Bites, a book about food appreciated as examples of outstanding design.

Framing Antonelli’s lecture is the Sensorium inaugural exhibition, spotlighting some of the digital media research currently being conducted by Fine Arts faculty members.

Antonelli’s lecture and the Sensorium exhibition are open to the public. Admission is free.

For more information about Sensorium, affiliated researchers, labs and projects, and the launch event, visit the Sensorium website.