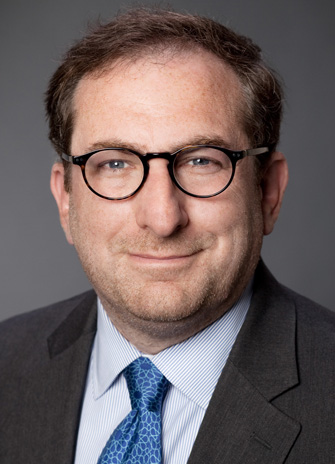 The medal, which is awarded by Ontario’s Attorney General upon the recommendation of a selection committee, honours those who have made a distinguished contribution to law and letters. It celebrates great legal writing and recognizes that the artful use of language in the right style has the power to give life to ideas.

In announcing the news Wednesday, Attorney General John Gerretsen described Sossin as “one of the most influential and respected legal scholars in Canada.” Ontario Chief Justice Warren K. Winkler, chair of the Selection Committee, said the choice of Sossin “brings credit to the award” and is “a well-deserved recognition.”

“I am so pleased that Dean Sossin has been recognized for his significant contribution to legal scholarship, it is a wonderful testament to the impact his work has made in the field,” said York President & Vice-Chancellor Mamdouh Shoukri.

The Mundell Medal is named after the late David W. Mundell, a renowned constitutional lawyer and the first director of the Ontario Ministry of the Attorney General’s Constitutional Law Branch. Several Osgoode professors have previously received this award, which was created in 1986 by former Attorney General Ian Scott.

Sossin has written extensively in the fields of administrative law, justiciability, access to justice and democratic governance.

Before being appointed dean of Osgoode in 2010, he was a member of University of Toronto’s Faculty of Law. Prior to that, he taught at Osgoode and in the department of political science at York University. He was also a law clerk to former Chief Justice Antonio Lamer of the Supreme Court of Canada, a former associate in law at Columbia Law School and a former litigation lawyer with the firm of Borden & Elliot (now Borden Ladner Gervais LLP).