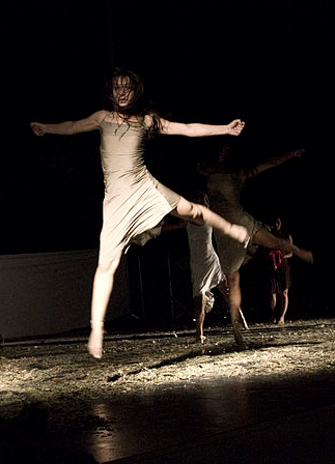 From the near-riot at its Paris premiere in 1913 to the impressive number of remounts and re-interpretations it has inspired worldwide, Le Sacre du printemps (The Rite of Spring), choreographed by Vaslav Nijinsky to Igor Stravinsky’s score for Sergei Diaghilev’s Ballets Russes, is arguably the most iconic ballet of the 20th century.

The conference features papers, panels, workshops and performances dedicated to Le Sacre du printemps and its influence on dance, music and theatre over the past century and today. Presenters from academic and cultural institutions across North America, Europe and Asia will gather to discuss topics ranging from the embodiment and interpretation of ritual and religion in Sacre to the work’s legacy in contemporary explorations.

“The Rite of Spring was a cultural milestone, a true pioneering force across all the arts,” said York dance Professor Norma Sue Fisher-Stitt, the conference organizer and chair. “So it’s fitting that we celebrate its centenary with a conference that brings together artists and scholars from a range of disciplines, in conversations grouped by themes instead of by art form.”

Keynote speaker, dance historian, curator and critic Lynn Garafola from Barnard College, New York, will address Sacre’s cultural relevance a hundred years after its creation, with consideration of its regular re-invention and the lack of documentation of the original production and many of the choreographic works that followed it.

British hip hop artist Kevin “DJ Renegade” Gopie will discuss the radical BalletBoyz break version of The Rite of Spring, which he co-choreographed and which won the Grand Prix at the prestigious Golden Prague International TV Festival in 2010. Gopie, a visiting lecturer in dance at the Institute for Performing Arts Development at the University of East London, U.K., will also lead a movement workshop for conference participants and invited local youth from UNITY Charity, an organization that empowers young people through artistic self-expression to make positive life choices.

Dalcroze Eurhythmics specialist Gregory Ristow, director of choral music at at DePauw University, Indiana, will lead a session of Dalcroze movement exercises to access Stravinsky’s score for Sacre, and to consider approaches that might have been employed by Dalcroze’s pupil Marie Rambert when she assisted Nijinsky and the Ballet Russes during the composition and rehearsals of the original choreography.

A highlight of the conference will be the York Dance Ensemble’s world premiere performance of another addition to the canon of Sacre-inspired works: Rite Redux. Choreographed by York dance Professors Carol Anderson, Darcey Callison and Holly Small, the ensemble’s artistic director, Rite Redux is an audacious, thoroughly contemporary and very Canadian re-imagining of Sacre, transposed into the wilds of northern Ontario. Rite Redux will be performed by York University’s talented young dancers, accompanied by York music Professor Michael Coghlan and guest artist John Kruspe in the one-piano, four-hand version of Stravinsky’s score.

Prefacing the conference on April 18 will be the fourth-annual Selma Odom event. This year, it takes the form of an interactive workshop titled, “How Historians Use the Press”. It will be moderated by Sarah Gutsche-Miller, a postdoctoral fellow at Barnard College, and Hanna Järvinen, a researcher with the Theatre Academy, Helsinki. Participants will engage in a hands-on session investigating the problems that can arise when crafting histories from newspapers, periodicals and other press documents. The workshop is open to the public as well as conference delegates, and admission is free.

Conference registration ($150 regular and $75 students/retired/CADA) includes a ticket to the Rite Redux performance on April 19. Full program details are available on the Sacre Celebration website.  To register, visit the Society of Dance History Scholars website. The last day for online registration is April 10.