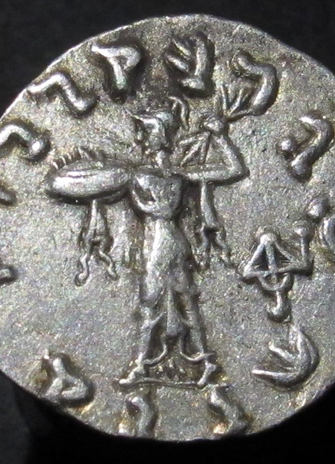 The Faculty of Fine Arts, in association with the Office of the Vice-President Research & Innovation, is hosting an interactive session on Monday, March 25 to explore curating as an  interdisciplinary creative research activity aimed at understanding our relationship to “things.”

“The Object Considered”: Curating as a Way of Thinking offers participants and observers the opportunity to engage in a series of encounters with a variety of objects, both historical and contemporary.

Faculty members and student researchers from across the University, as well as the general public, are invited to attend this hands-on event, taking place from 9am to noon in the McLean Performance Studio, 244 Accolade East Building at York’s Keele campus.

By focusing on direct engagements with items drawn from personal collections, participants will explore how our senses inform our encounters with objects, regardless of any prior specialized knowledge about their design, function or history.

“Ultimately, such encounters are about the meeting of ‘you’ and ‘it’ – and that’s an exciting moment”, said Fine Arts

Associate Dean Academic Anna Hudson (right), an internationally recognized art historian and curator who is organizing the event.  “While each of us brings our own knowledge and experience, such direct, unmediated visual and tactile encounters with objects encourage us to think in new ways outside our individual disciplines and cultural comfort zones.  The reflections of participants engaging with the objects will show the wonderful diversity of knowledge that art, artifacts, and material culture can elicit.”

“The Object Considered”: Curating as a Way of Thinking will be led by Henry S. Kim, the director of the Aga Khan Museum opening in Toronto next year, and a member of the Faculty of Fine Arts Advisory Council.  Kim was a curator at Britain’s oldest museum, the Ashmolean Museum of Art and Archaeology at the University of Oxford, for almost two decades. As director of the Ashmolean’s University Engagement Program, a three-year project sponsored by the Andrew W. Mellon Foundation, he spearheaded an initiative to expand

the use of the museum’s collections in teaching across the university.

Silver “drachm” (which is today written as drachma) of Menander I (155-130 BC) – [private collection]. The obverse bears the head of the king with the Greek inscription: “Of Saviour King Menander”.

The morning will begin with a Q&A between Kim and collector and Professor of Film Ali Kazimi about several ancient Greek and Indo-Greek bilingual coins dating from the sixth through second centuries B.C.   Their discussion will consider how the movement of peoples, the cyber net of technology, and multinational economies are redrawing cultural identities as fluid and intersecting. By contrast, the ancient coins pinpoint historical crossroads of East/West encounters that have roots going back millennia. The coins collapse 2000 years of cultural relations between the East and West when they are held in our hands today.

Silver “drachm” of Menander I (155-130 BC) – [private collection]. The reverse, depicting the goddess Athena advancing with thunderbolt and shield, is inscribed “Saviour King Menander” in Kharosthi, an Indic script in the now extinct Sanskritic language, used by the ancient Gandhara culture in the region that is now Pakistan and Afghanistan.

Four student researchers will take the floor for Round Three.  They will share their innovative approaches to consideration of their particular objects of study as props, bridges or inspiration for creatively engaging with history, and will then field questions from the audience.

Erin McCurdy, a PhD candidate in the York/Ryerson Joint Graduate Program in Communication & Culture whose research focuses on dance programming in museums, will consider the body as the interface for object encounters. Undergraduate digital media student Alexander Moakler, who creates interactive installations and performances exploring the relationships between humans and technologies, programs objects using a small computer keyboard. A collection of Canadian centennial coins magnetizes John Geoghegan, an avid collector who is pursuing an MA in Art History and a Curatorial Studies Diploma. For Helene Vosters, a PhD candidate in Theatre Studies whose performance and research centres on public mourning practices in the construction of narratives of death related to militarism and war, a bundle of threads (a deconstructed set of military fatigues) is the resonant object.

“The encounters and conversations throughout these three sessions will provide an opportunity for members of the York community to learn more about the innovative work being done in the Faculty of Fine Arts, and how it fosters and enriches  a wider intellectual and cultural dialogue across all disciplines,” said Haché.  “We look forward to an engaging discussion at the forum.”

The research event will be preceded by an informal reception with refreshments from 9:00 to 9:30am and conclude with a light lunch for all participants from noon to 1pm. For a detailed schedule outlining the sequence and timing of the object encounter and engagement sessions, see the online event posting on the York Events calendar.

Attendees may come and go between rounds. Admission is free and all are welcome.