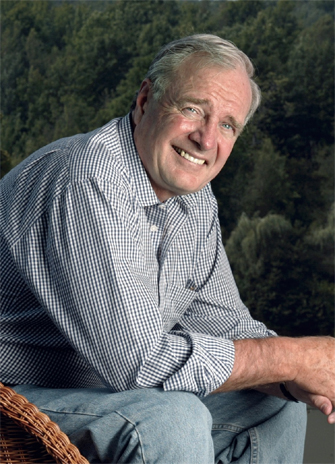 Former prime minister of Canada Paul Martin will be one of a slate of well-known people, including author and York alumnus Joseph Boyden, to speak at the upcoming Encounters in Canada: Contrasting Indigenous and Immigrant Perspectives conference in May.

Many immigrants to Canada view the country as a land of opportunity, but are sorely unaware of Indigenous history, rights and contributions to Canada’s development. There is

also significant alienation between Indigenous peoples and Canadian governments as a result of hundreds of years of assimilation and territorial dispossession.

The Encounters in Canada conference aims to fill this gap in knowledge by bringing together leaders from government and the judiciary, legal scholars, academics and practitioners to formulate practical solutions and build bridges – cultural, political, intellectual and social connections – between those who share the lands of what is now Canada.

The speakers will address the broad conference themes of colonialism versus consent, exclusion and identity, place and displacement, nationalism and alienation, recognition and respect, and relationship-building and community engagement.

Prime minister from 2003 to 2006, Martin will deliver the special keynote speech at the conference which will take place May 15 to 17 at the Chestnut Conference Centre, 89

Chestnut St., Toronto. It is co-sponsored by the School of Public Policy & Administration and the Centre for Refugee Studies. Register before March 15 to save on conference fees.

Martin will talk about his work on the Martin Aboriginal Education Initiative (MAEI), a charitable organization that supports education for Aboriginal students across Canada, and then engage in a discussion. MAEI’s vision is to empower Aboriginal students to complete secondary school and to pursue post-secondary education. Martin was named the inaugural chair of the finance ministers’ G-20 in 1999 and currently chairs the two-hundred-million dollar British-Norwegian poverty alleviation and sustainable development fund for the 10-nation Congo Basin Rainforest. He also sits on the Advisory Council of the Coalition for Dialogue on Africa, sponsored by the African Union, the UN Economic Commission for Africa and the African Development Bank. With his son David, he founded the Capital for Aboriginal Prosperity and Entrepreneurship Fund.

Boyden, winner of the 2008 Scotiabank Giller Prize for his novel Through Black Spruce, will deliver one of the conference’s keynote speeches and will read from his award-winning

Former chief of the Walpole Island First Nation Dean Jacobs, founding director of the Walpole Island Heritage Centre, which has been recognized by scholars as one of the best First Nation community research offices in Canada, will also speak at the conference. Jacobs received an honorary degree from York University in 2008, is the recipient of the J. Norman Emerson Silver Medal (1998) from the Ontario Archaeological

Society, the Commemorative Medal (1992) presented by the Governor General of Canada, and two Eagle feathers from his peers.

York political science Professor James Laxer, the author of 14 books, including his most recent, Tecumseh and Brock: The War of 1912 (House of Anansi Press, 2012) and Stalking the Elephant: My Discovery of America, which was on national best seller lists for seven weeks in 2000, will give one of the keynote addresses. Laxer was host of TVO’s interview program, “The Real Story”, from 1978 to 1981, and the research director of the

A host of other prominent people will also be speaking at the conference, including author James Bartleman, former lieutenant governor of Ontario, a member of the Chippewas of Rama First Nation and an officer of the Order of Canada; Phil Bellfy, a member of the White Earth Band of Minnesota Chippewa and the founder and director of the Center for the Study of Indigenous Border Issues, as well as editor and publisher of its Ziibi Press; Chief of the Mississaugas of the New Credit First Nation Brian LaForme; Mi’kmaq lawyer Pamela Palmater, a member of the Eel River Bar First nation in northern New Brunswick and author of Beyond Blood: Rethinking Indigenous Identity; University of Toronto political science Professor Emeritus Peter Russell; and Jean Teillet a partner in the law firm of Pape Salter Teillet LLP who practices primarily in the field of Aboriginal rights as a litigator and as a treaty negotiator.

For more information about the conference and the speakers or questions, visit the Encounters in Canada website, or contact Professor Jennifer Dalton at jedalton@yorku.ca. For help with the online registration process, contact Michele Millard at mmillard@yorku.ca.

Join the conference by following on Twitter: @EncountersinCA (https://twitter.com/EncountersinCA), or through the LinkedIn Conference Group: http://www.linkedin.com/groups/Encounters-in-Canada-Contrasting-Indigenous-4846926?trk=myg_ugrp_ovr