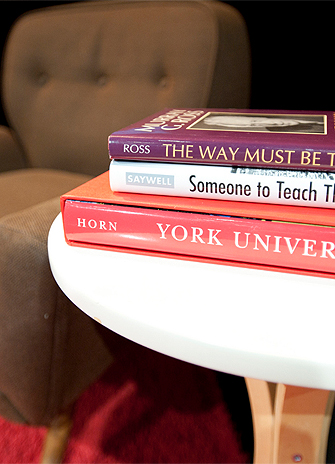 Now in its third year, the highly popular TEDxYorkU event is set to inspire, enlighten and engage its audience on Thursday, March 28 and for the first time in its history, the talks will take centre stage at York University’s Keele campus.

The 2013 talks centre on the theme Tentanda Via: The Way Must Be Tried. The talks celebrate trailblazers, adventurers and the dreamers. By embodying a spirit of innovation and adventure, they’ll be sharing stories of brilliance, collaboration, courage, evolution, and endurance.

TEDxYorkU continues its tradition of being a community effort involving York U students, staff, faculty and grads who are dedicated to showcasing the best of York U to the world.  Previous talks have enjoyed ongoing success online reaching more than 35,000 views making it one of the most-viewed series associated with the University.

TED – which stands for technology, entertainment and design – is a series of not-for-profit conferences that started in 1984 in Silicon Valley as a way for employees of tech companies to share their ideas and innovations with their contemporaries. Initially, the speakers came from the fields of expertise behind the acronym TED, but during the 1990s, the roster of presenters broadened to include scientists, philosophers, musicians, religious leaders, philanthropists and many others. There are currently more than 2000 talks available online that have been watched by more than one billion worldwide.

The following are just some of the presenters who will be sharing their visions at TEDxYorkU:

For more information, visit the TEDxYorkU website for a complete list of speakers and biographies. Applications to join the audience will be available online starting Thursday, Feb. 14; the talks will also be live streamed during the event. Students, staff, faculty, alumni, retirees and other members of the York community are more than welcome to apply to attend.

Founded in 2010, with the second event in 2012, TEDxYorkU has grown in size and stature since its roots at the Glendon campus. This year’s event will be held in the Tribute Communities Recital Hall.